It is not new that musicians have been setting up musical events in Las Vegas for decades with the likes of Frank Sinatra to Elvis Presley in the 1960s. The modern Vegas concert continues to be in full swing with productions by a host of musicians like Backstreet Boys, Celine Dion, and many more.

In these COVID-19 days people play real money Las Vegas Games at online casinos, however it’s not the same as being in a real Las Vegas casino.  Las Vegas is dubbed as the entertainment spot and casino capital in the world for many reasons. You can find them under the spotlight here. Recently, artists like Bruno Mars and Gwen Stefani have realized that Vegas is the best way to reach international audiences without hitting the road.

No matter how many musicians come and go, some legends remain the biggest stars ever that played in the entertainment capital of Las Vegas. Here are the 5 biggest musicians who have performed in Las Vegas. And, they are the most cherished ones.

When Elvis Presley started at the New Frontier in the year 1956, he was a flop. But in 1969, after opening in the International Hotel, he became an ultimate hit. Even the rock n’ roll kings of the then days were pretty much impressed with Elvis.

During the early days at International Hotel in Vegas, Elvis played over 800 shows. Vegas marked some of the greatest moments for the well-renowned singer. When it comes to live performances, Elvis played his part for the Vegas fans. Over 2000 fans came to the opening concert in 1969.

Even the line leading to the largest showroom in Vegas stretched to the front lobby of the hotel. During every show, Elvis was mobbed by his diehard fans near the front part of the stage. He used to hand over the scarves to them and during the process, his forearms were filled with scratches from his fans.

Such was the craze of people to see their singer on stage. Members of the hotel kept buckets of ice-cold water to soothe the wounds. Elvis redefined the concept of venues around fifty years back by replacing clubby, intimate spots with the stage experience. It was like a big rock concert and not some mediocre show at a nightclub.

Many artists praised Elvis for his astounding success at the Vegas. Even Celine Dion once said that it was because of Elvis that many performers including her have gotten a chance to perform in this heartthrob town.

There was something special about the nights when Elvis use to set the stage on fire. Everyone seems to be enjoying the night and didn’t want the show to end. Elvis performed some of the memorable shows at Las Vegas people have ever seen before. Apart from singing, he was doing flips and all kinds of acrobats he could to make his fans go crazy.

Elvis was full of humor and often break jokes while performing at the International Hotel. The awkwardness was refreshing and welcoming. Elvis Tribute Artists try to capture the attention of the masses. They come in different shapes and sizes who portray Elvis. You can find them walking around on the streets or holding business signs on roads.

The most favored place for bachelorette and bachelor parties, Las Vegas is well renowned for its buffets, bars, and casinos. Also, the place is famous for hosting some of the biggest music stars ever seen anywhere in the world. You can find most of the top performers have their residencies here. 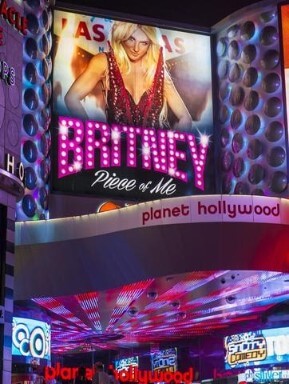 They play a series of concerts in one location rather than traveling to different cities. For visitors, it means they get musicians to spend a great night with. Britney Spears is one of the many biggest stars who have made her presence in musical concerts here in Vegas.

Not all pop stars can have a fortune like Britney Spears. Apart from all the awards and fame, she is a Las Vegas residency with a skyrocketing net worth. Britney Spears experienced a boost in the year 2014, because of her residency at Planet Hollywood, Vegas.

After the huge success of Piece of Me’ in Vegas, Britney became sensational in setting up high business ventures with her lingerie and fragrance line. Britney’s ‘Piece of Me’ ran successfully for about four years at Planet Hollywood. The show generated over $138 million and crossed 250 shows.

Britney’s concerts in Vegas are a visual treat with eye-popping sets, alluring costumes, and vivacious dancers. Fans relish performances with hits like “Toxic”, “Gimme More” and “Oops! I Did It Again”. Planet Hollywood welcomes visitors to experience the never seen before concert packed with enthusiasm, fun and hit music by Britney Spears.

Britney’s residency at Planet Hollywood was a must-see for everyone visiting Vegas. Her stunning performances have the audiences filled with excitement. The crowd even anticipates what she might do next after each song. Britney’s residency is a musical concert people can’t afford to miss if they are in Vegas.

Spears’ Piece of Me is considered the “Best bachelorette party” and the “Best overall show” by the Vegas review journal recently. Britney announced that she would take her show ‘Piece of Me’ on the road after it got massive success in Las Vegas.

Britney Spears might be performing in 2021 for her upcoming show called ‘Domination’ in Vegas. It is expected that the show would be full of costume changes and lots of backup dancers. If you want to watch Britney performing to several hit singles live in Park Theater at MGM Grand, you need to book your tickets.

While Celine Dion is a famous singer worldwide, it took her some time to make it on the US stage. The great Strip showrooms at Caesars Palace was rebuilt to make way for Colosseum. And, the star that filled the room was none other than Celine Dion. 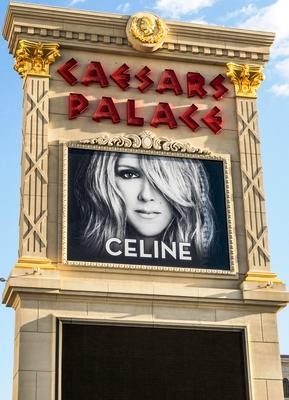 Since 2003, in the two residencies, Celine Dion has been able to make her presence on the Strip. She is undoubtedly the only superstar who hit the place, not as a comeback effort but to deliver her artistic performance. With one of the finest voices, Celine Dion has incorporated dancing and acrobats in the same stage.

The powerhouse singer is back in Las Vegas with her concert and becoming immensely popular on the Strip. Along with a band and orchestra, Celine Dion has managed to pour her heart to the audiences in Vegas. Her biggest hits include “Because you loved me”, “It’s all coming back to me now”, “My heart will go on”, and many more.

The singer can cheer the crowd with her charms, sense of humor, purity, and above all, her incredible voice. Celine Dion has performed for 16 years with more than 1100 shows in Las Vegas. However, she ended her residency at the Caesars Palace in 2019.

The final show at The Colosseum was a heartbreak show for many fans. As a treat to her loyal fans, Celine Dion sang a brand new song called “Flying on my own”. Also, the hit single is all set to become a part of her studio album, Courage. The singer told the audience that she was emotional and proud at the same time.

The second residency of Celine Dion started in March 2011 and accumulated around 427 shows. The generated revenue was about $250 million at the end of June 2019. The singer began her initial Vegas journey way back in 2003 with the hit single ‘A New Day’. With 714 shows in her name and earnings of over $385 million, Celine Dion concludes her journey in the year 2007.

To this very day, Celine Dion’s ‘A New Day’ is the highest-earning residency of all time. Celine Dion is the first person who proved that sharing a stage in Las Vegas with a huge audience is worth taking the risk.

A flamboyant pianist who had his TV show, Liberace frequently performed in Las Vegas. To earn a living, the artist played in night clubs and movie theatres. People used to recognize him by the name “Walter Busterkeys”, which happened to be his stage name for some time.

Gradually, Liberace found his profound interest in mixing classical music along with contemporary tunes. However, his major career breakthrough came in the year 1951 when he premiered ‘The Liberace Show’ for the first time. The musical program was available to the residents of Los Angeles before going national after a certain time.

Viewers can’t get enough of his piano prowess alongside his charms. Liberace played piano with great ease and comfort for his fans. Female audiences, in particular, lauded Liberace’s devotion towards his mother. George, his brother, played violin on the program and managed the orchestra.

Other than his popular TV show, Liberace uses to perform at many live concerts and managed to sell millions of records. Also, he starred in Sincerely Yours, a movie that came in 1955. The movie showcased his talents to a great extent. While he was in Las Vegas, the casino city, Liberace became a sensational performer.

Liberace was perhaps one of the most popular performers and top-paid stars. He became well known for the glamour of his costumes and musical shows. Liberace played piano at the best level possible and earned the title ‘Mr. Showmanship’. He was able to portray Vegas glitz on national TV with his unique show.

He understood pacing and staging along with a performer. This helped him with a grand entrance and amazing exit in and out of his show. During that period when Elvis was at the New Frontier, Liberace had a massive $50,000 weekly earnings at the Riviera. Now, that’s a pretty good amount even when you compare it by today’s standards.

Back in those days, the said amount was astronomical and unbelievable. And, so was Liberace. Despite some disturbances in his personal life, Liberace created a lasting impact in the world of entertainment. The pianist displayed his possession at his museum in Vegas.

Cher’s maiden run at Vegas started back in 1979 at Caesars Palace after she dumped Sonny. There she topped the charts with hit disco tracks like “Take me home”, and many other hits. Surrounded by the residency shows, no one can captivate more than Cher.

With over 40 years, Cher packs in comedy, costume changes, backup dancers, large set pieces, and mesmerizing voice to her fans at Park Theater, Vegas. Cher occupies a single spot on the Strip landscape. She is perhaps the only performer with a big showroom and someone who have deeper roots in Las Vegas.

While many artists have just started their journey in the Vegas residencies in recent years, Cher has been playing the strip for over a decade. She took her first performance as a resident at Caesars Palace at the Colosseum from 2008 to 2011. Cher is the only performer who can sit on a solo artist category and take on one of the three residency rooms available on the Strip.

You can find Cher performing in the MGM National Harbor in the upcoming days at Vegas. The ‘Classical Cher’ show that happened in 2017 was a glamorous, comprehensive career extending production filled with lots of extra elements and more costume changes.

Even when fans see Cher performing, they find the same finely tuned body saturated with charisma and humor, which is rare to be seen on a person aged over 70 years. You can experience another funny side of the artist in between her musical performance. She would tell you a funny story of the bygone days with plenty of humor on them.

That’s a kind of uniqueness you can get only from Cher. The 1980s rock songs resonate with today’s audience and generate a standing ovation from her fans who were in the casino town to have some entertainment. She’s a rare resident who performs different genres throughout the show.

So, those were the five biggest music stars who have played in Vegas for some time and attracted lots of people. There will be newer acts in days to come, but some legends leave their footprints.