Melodifestivalen 2021: Our Review of Heat 3's Full Rehearsals and Songs!

Today saw all of the artists competing in Heat 3 of Melodifestivalen 2021 this Saturday, take to the stage in Annexet Stockholm and have a proper run-through of the songs they’ll be competing with – and the performances they’ve crafted to sell them to voters!

SVT gave us access to watch each of them throughout the day, and you can read our reviews of all seven below.

To read more about the artists competing, check out our guide to Melodifestivalen 2021 Heat 3.

You can listen to 60-second snippets of each of the songs right here. SVT will be uploading 30-second clips of each of the reharsals to the same place later this evening.

We’re simple people, aren’t we? We’re all here because we love the absurd contest that is Melodifestivalen. And we all just want the same thing from our schlager divas. It’s not that difficult. Which makes it all the more infuriating when said divas don’t deliver – which they are unfortunately guilty of, sometimes.

Well, fret not. Our (char)lord, our saviour, our queen – Charlotte Perrelli – has delivered precisely what we all wanted from her. She noted our mass indifference to ‘Mitt Liv’ in 2017, and she set out to right that wrong by giving us ‘Ditt Schlager’. ‘Still Young’ is the hyperactive three minutes we desire from our schlager queens. But sensibly – because it’s not all about us schlager freaks, you know – she’s given it a modern makeover. That makeover comes in the form of some strong and clear influences from what was one of the biggest radio hits in Sweden in 2020, ‘Goliath’ by Smith & Thell. It’s quite a wise reference point for a schlager song to make, as it can hop onto the bombastic, upbeat, euphoric nature of the genre easily. As a result, ‘Still Young’ is Charlotte Perrelli delivering something for all of us schlager obsessives, but also feeding plenty of other people at the table too. In that respect, it’s an absolute triumph for Charlotte.

And a triumph too is the performance. She gives it the defiant diva angle – “I’m back, I couldn’t be held down, you *will* love me again“. Said performance comes with plenty of campery too – the diva pose silhouette at the beginning, the constant voguing throughout, there’s even an extended sideways strut. She gives us everything we wanted. And for that, we are so very grateful to her. Welcome back, Charlotte! Oh how we had missed this. 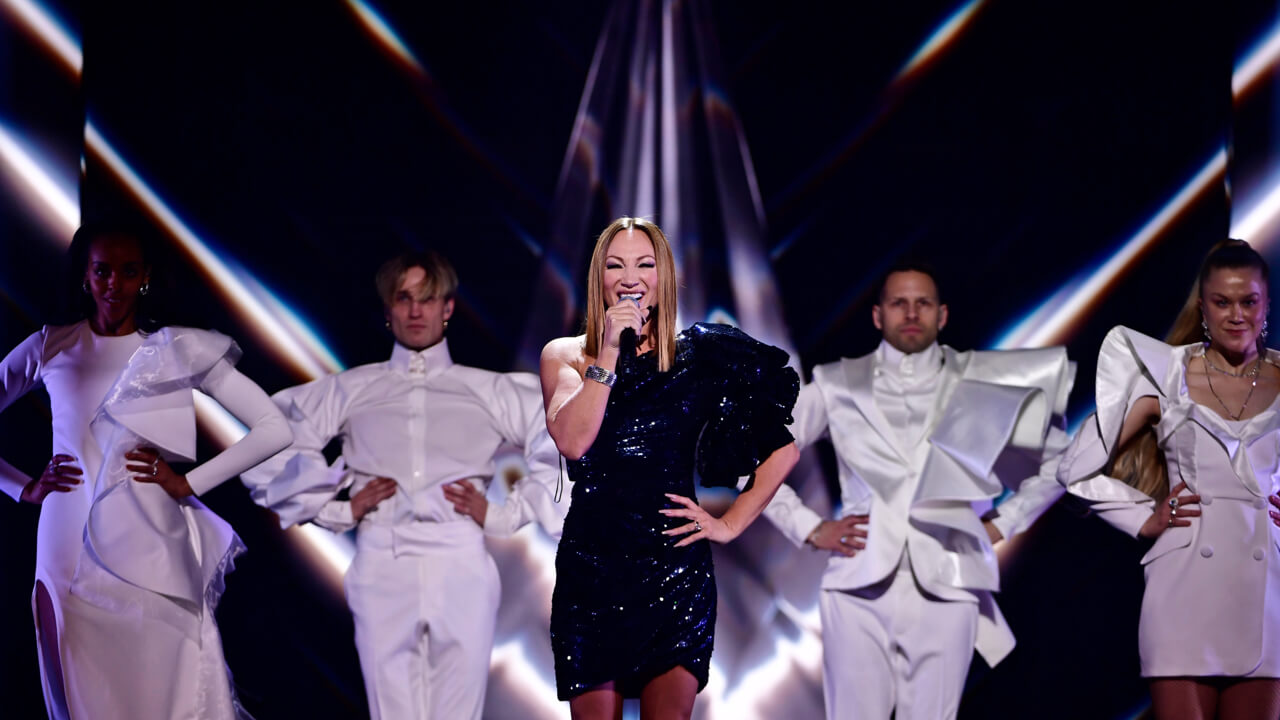 It’s very bizarre that SVT that would put two songs with such strikingly similar influences back to back in the same heat. As with ‘Still Young’, ‘Om Allting Skiter Sig’ definitely takes some of its lead from the kind of folk-pop that does very well on Swedish radio. But unfortunately for Emil, solely because his performance comes off the back of Charlotte’s, his impact is diluted somewhat. A lot of Swedes will be watching and wondering: “haven’t we just heard this?“. And this will do him a great disservice, because as wonderful as his song is,  it is the weaker of the two, and with such a comparatively non-eventful performance, too. In any other heat, this would have been a strong contender. But in this heat, coming directly after ‘Still Young’, it’s going to be an uphill struggle for him. The placement is truly baffling, and we can imagine that both Team Charlotte and Team Emil won’t be one bit happy about what’s such an odd decision from SVT. 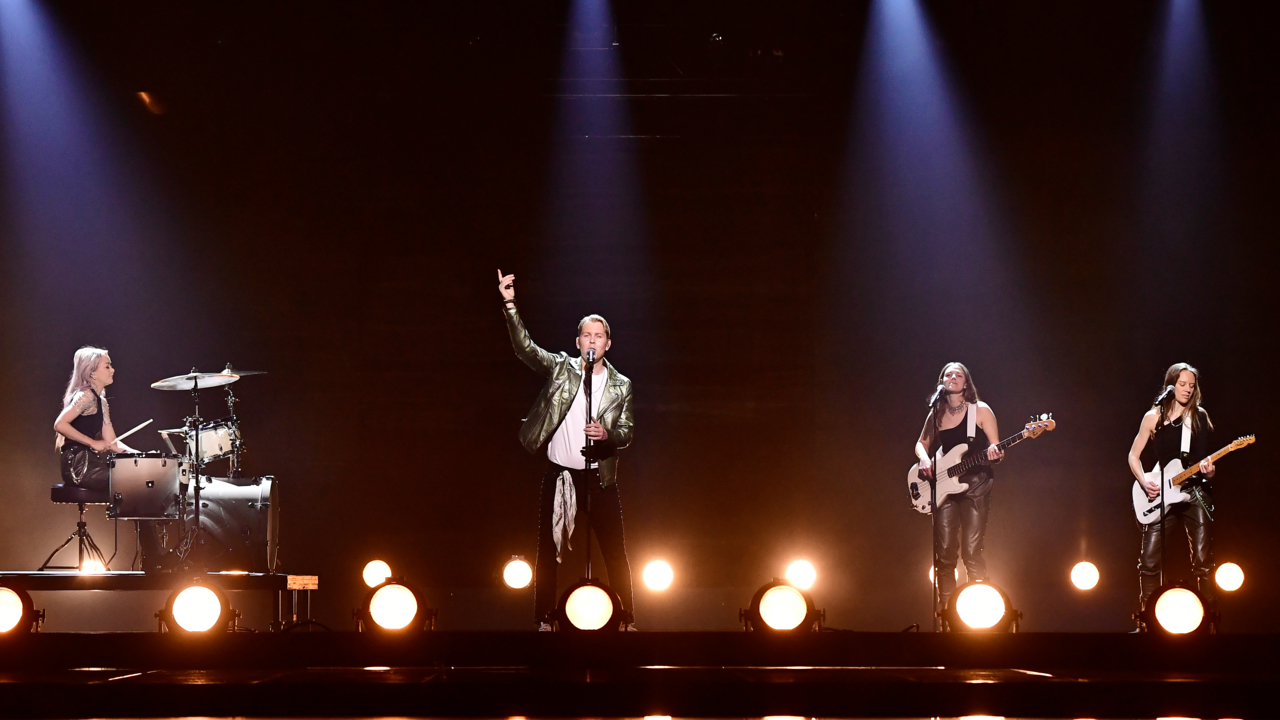 A much stronger effort than her 2020 entry into the contest, and quite different too. ‘Beat of Broken Hearts’ is – as the title does well allude to – a beat-driven ballad. It’s a song that truly comes to life during a chorus that isn’t afraid to go big. And Klara rises to the challenge well – her vocal today was a lot stronger than how we remember it being twelve months ago, and she doesn’t shy away from the ad libs, either. Her warrior-like performance is complemented by the staging doing all it can in terms of lighting, backing screen and an explosive lot of pyro for the final chorus. The outfit is certainly unexpected, but lends itself well to the fight-song theme of the lyrics. And it’s nothing if not memorable. 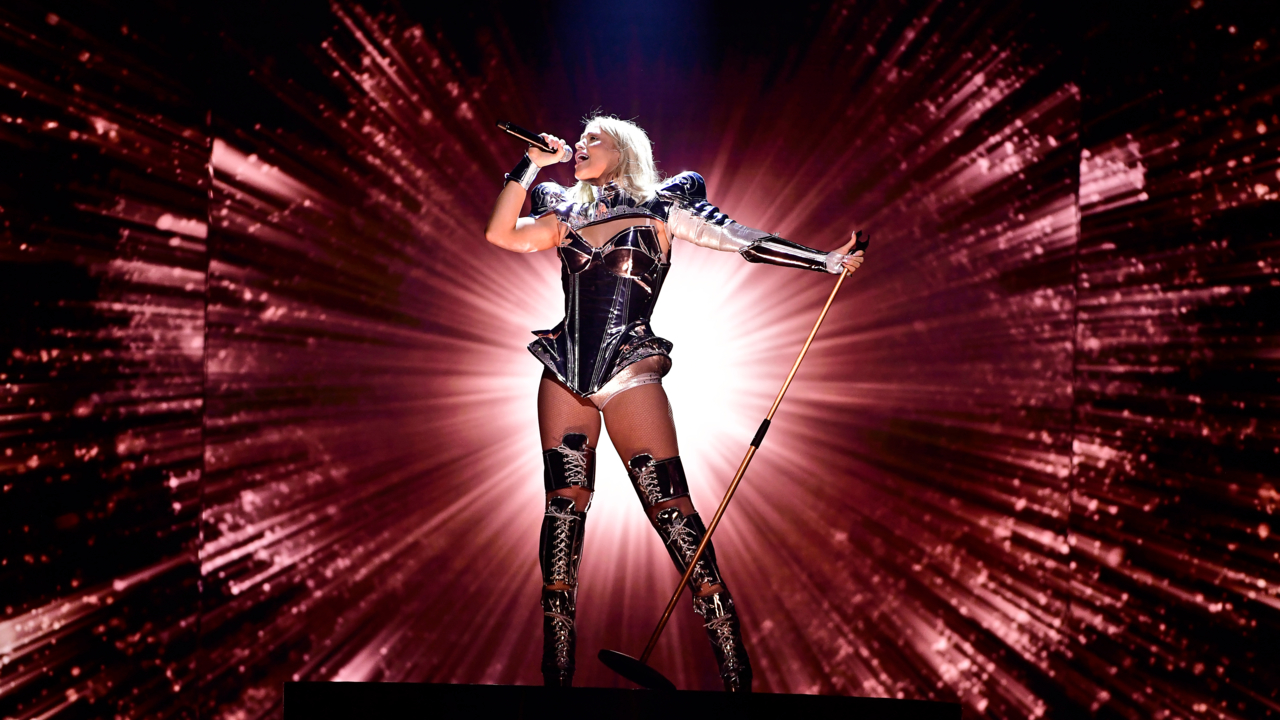 They’ve got a super-huge fan base to call upon for votes on Saturday night – and they’ll need them. It’s difficult seeing this having anywhere near the broad appeal of Melodifestivalen 2021’s other rock entry – ‘Pretender’ by Lillasyster. ‘Contagious’ is much harder and with a chorus that’s going to be less palatable to many. Modern Melodifestivalen entries rely on votes coming from all age groups. With ‘Contagious’, the song is quite alienating, the dark staging does little to help, and the immense controversy in the Swedish press this week surrounding the band even being here puts what may well be that final nail in the coffin for their hopes. After this week has wrapped, the band will probably wonder why they even bothered. And after the press coverage, SVT will probably wonder why they bothered having them. 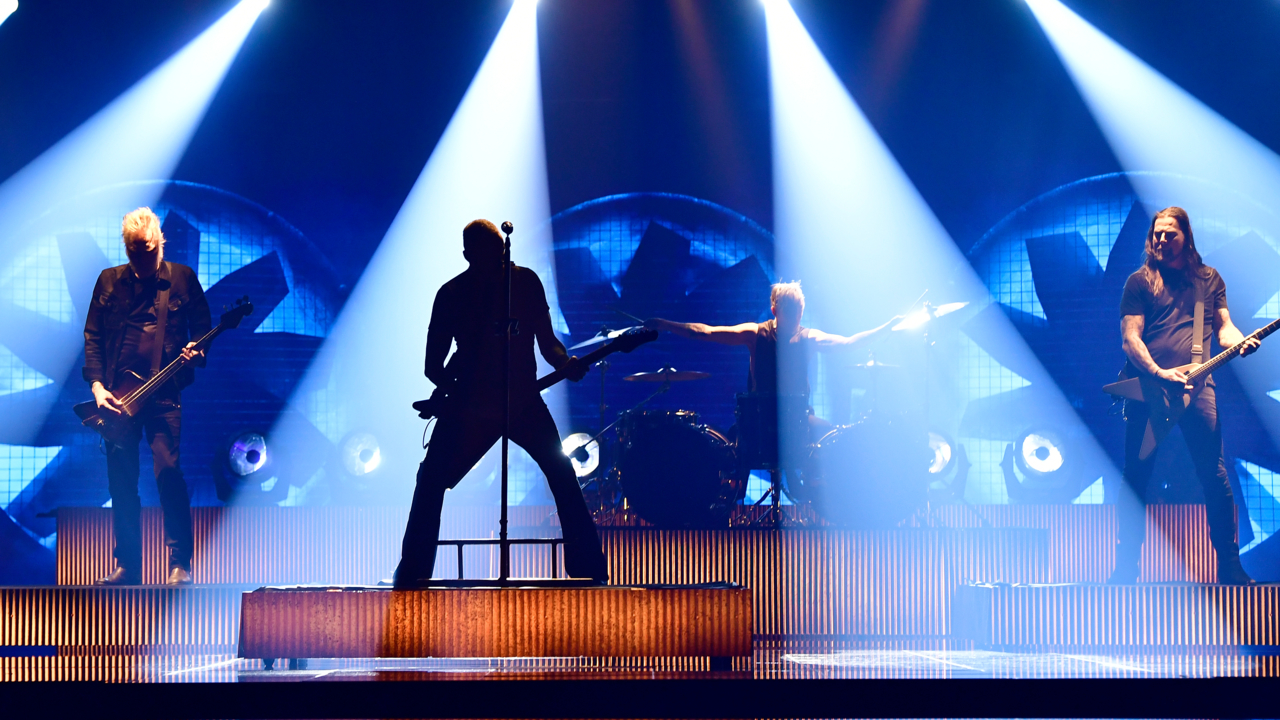 There’s comfort in the familiarity, but then the Swedish schlager ballad is a classic genre that’s been around for decades for a reason – it’s beautiful, timeless songwriting that appeals to many. Elisa has hooked up with two of the best for her entry, and it’s paid off. ‘Den Du Är’ is without a doubt the best ballad of Melodifestivalen 2021 so far, in a different league to ‘The Silence’ from Heat 2 and ‘Fingerprints’ from Heat 1. It’s been penned on a grand scale – ramping the drama and the emotion up to the max. And it’s also been written to be a challenge for its vocalist, too – but Elisa does the job brilliantly. Whereas she competed in Melodifestivalen 2014 with an excited ingenue charm, she returns in 2021 now seemingly in her element as a seasoned pro. She performs to us with confidence, assurance and with a lot more comfort than you would expect from someone with such a task on their hands. With the staging, she’s giving us pure, unashamed Elsa from Frozen vibes. And as the choruses get bigger and bigger throughout the song, so too does her performance and everything going on around her. A stunning, thoroughly entertaining three minutes that we would love to see in the final. 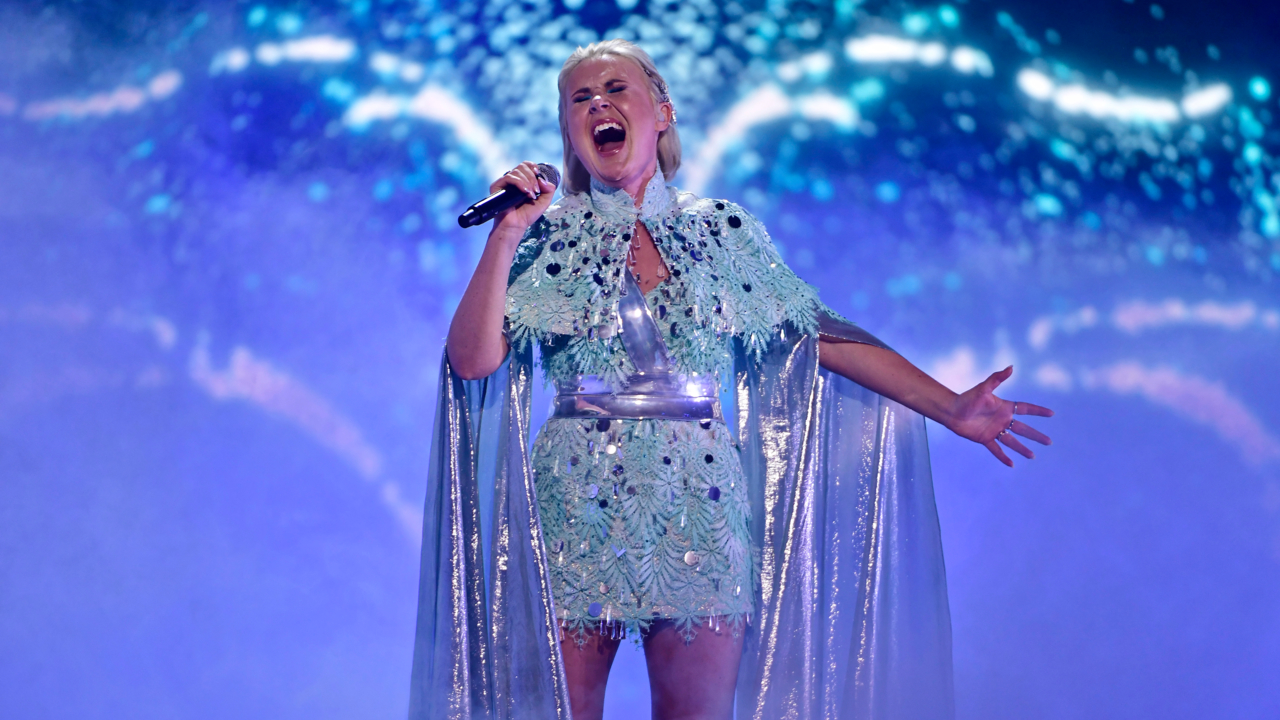 We had high hopes for this song, what with that artist, those writers and such a title. But it’s ended up being rather disappointing all-round. The latin-pop elements are clichéd, bordering on being offensively so, and the English lyrics are needlessly generic. Rhyming ‘fire’ with ‘desire’, ‘together’ with ‘forever’, and ‘dance away’ with ’til the break of day’, – all within the space of a minute – is pretty much unforgivable in 2021, let alone from these talented songwriters who are capable of so much better. Alvaro did look to be doing his best to inject some energy into the song today, but there’s only so much heat you can get out of the dying ambers that is the surprisingly flat ‘Baila Baila’. We love ourselves a basic bop at the best of times, you all know that. But this ain’t even that. 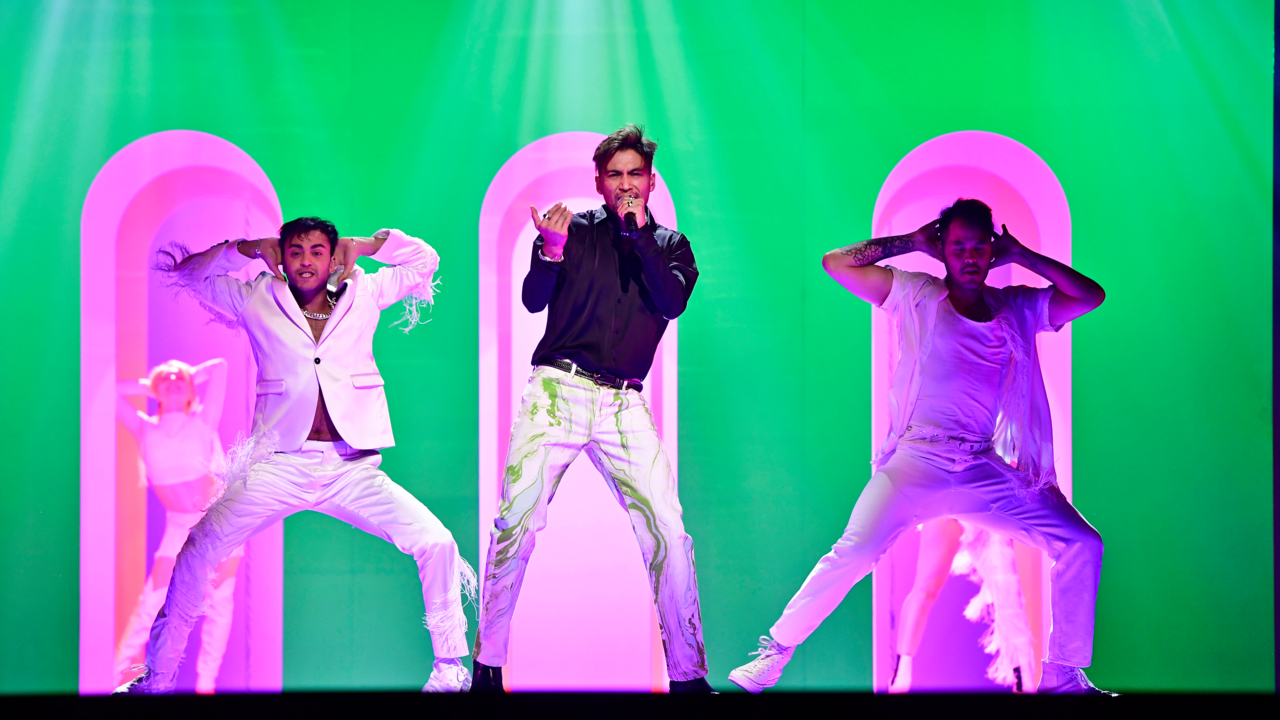 Well our first takeaway from this is probably going to be the first thing that springs to mind to a lot of viewers watching this on Saturday night – how a performer with the least experience of all of the seven acts on stage tonight can come out with what’s undoubtedly the strongest vocal of the evening. Tusse brings all the talent and charm that won him Swedish Idol little over a year ago, to the Melodifestivalen stage this week. And it’s going to do him countless favours in the results. Not that the song needs it – it’s a strong, uplifting electro-ballad that has plenty to love about it. And the song and performance takes us on something of a journey, too, in its mere three minutes – more so than any other song in this heat. Hopefully a big streaming hit and further launchpad for him, definitely a future staple on all Melodifestivalen playlists, and a surefire bet to end up in the final on March 13th. 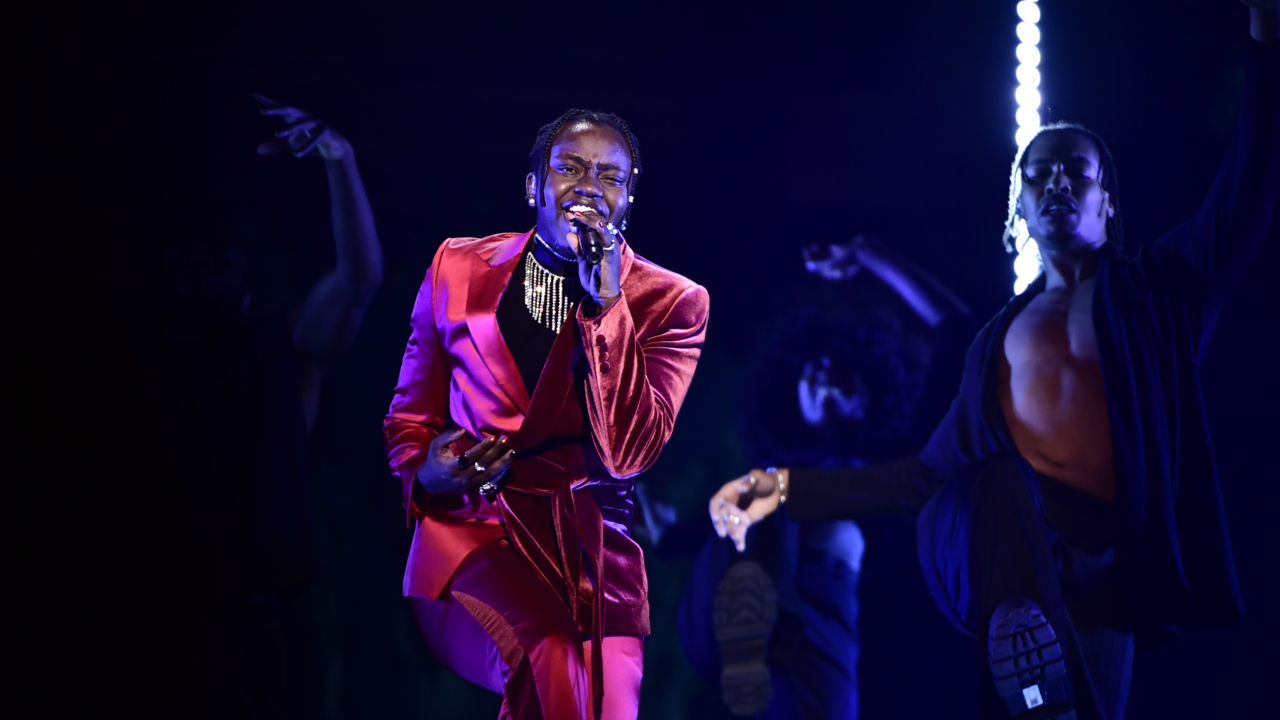 Melodifestivalen 2018: Your Guide to Andra Chansen!