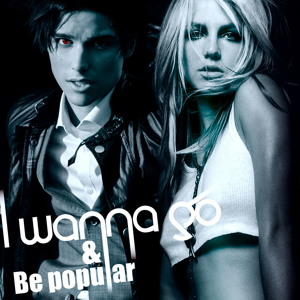 As mash-up’s go, this is good!

We’ve always thought that the verses of these two songs were very similar anyway, so the blending of them together HAD to be done at some point. Now someone has, and they’ve even gone to the effort of mixing together the videos for the two singles. Like we said, the verses are perfect, but it’s the middle-eight section that is the best part. Britney’s auto-tune stretched to such limits that it smashes Eric’s stage glass far more effortlessly than the Eurovision organisers in Germany were ever able to! The choruses are a tad jarring and don’t quite work, but for those bits we just focused on the ace video.

Maybe it’s just because we love both artists so much, but this is pop magic being played out before your eyes and ears;