The Jays feat Pato Pooh: 'Part Of The World'

One facet that we hadn’t factored into our consideration though, is that now Jonas has granted himself a complete license to be as experimental, or just plain mental, as he so wishes in the music making process. Whereas before 4 On The Floor, Jonas would usually be crafting songs for a specific record label needing a specific kind of hit for a specific artist – now he can do whatever the hell he wants to, with nobody to answer to. And we hadn’t even thought about how amazing this could turn out.

Today though, 4 On The Floor are giving scandipop readers the first taste of this aforementioned JVDB experimentation (outside of their ongoing artist project SOJO of course). Although really, anyone who has followed the career of Jonas won’t be too surprised by it. For example, outside producing hits for the likes of September, Alcazar, Danny Saucedo, and Ace of Base, did you know that Jonas was also responsible for this monster crossbreed of hip hop and electronica in the 90’s? Still, we’re calling it experimental because to our ears it most certainly is. It’s an unclassifiable piece of music. It straddles different music genres with the same unapologetic confidence that his pop hits have straddled charts and hearts around the world! 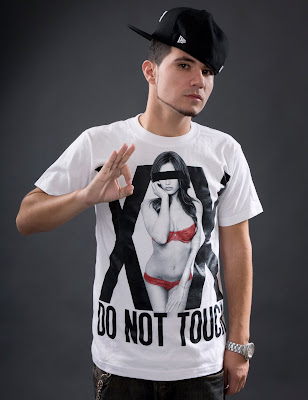 It’s called ‘Part Of The World’. And when we first heard it we were taken aback. We veered between two different feelings – OMG and WTF. It sounds like three completely different songs have been tacked together, with each of the three tracks boasting split personality sounds amongst them. There’s a rapped verse over an electro house track, an autotuned vocal over a more typical JVDB synth riff that’s had some amphetamines rubbed onto its gums, and then somewhere in the middle of all of this there’s a hyperactive dubstep breakdown. IT’S NUTS! So yes, on paper it sounds a mess. And indeed on first listen, it takes you by surprise. But after a couple of listens, it really does gel together perfectly. And we haven’t been able to stop going back to it for repeated listens ever since.

The artist is The Jays featuring Pato Pooh. Pato is this guy here (and the gent pictured above) – a half Swedish, half Chilean rapper who is stylistically a million miles away from the artists that Jonas has worked with in more recent years. And as for The Jays themselves, well they’re keeping their exact identities a secret for now, in the interest of good old fashioned intrigue, and to keep fans guessing.

And now we move on to this promised clip. 4 On The Floor told us we could choose whichever 30 second section of the track we like. But given that it’s gonna sound like a completely different song depending on which section we pick, that’s a pretty tough choice. However, we’ve gone with 30 seconds that we think best capture the bouncy high spirits of the song that made us fall for it. It’s also the most JVDB-esque.

The full-length, uncut, vigorous and satisfying headfuck will be coming soon!…

Tags: 4 On The Floor, Jonas Von Der Burg, Part Of The World, Pato Pooh, The Jays

Sibel: ‘Every Girl In The World’