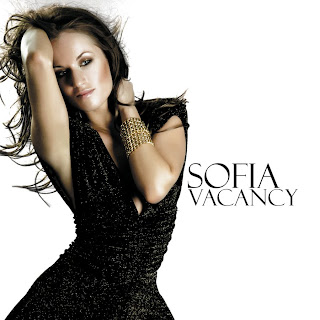 Do we all remember Sofia?

She’s the lady who brought ‘Hypnotized’ to Melodifestivalen in 2007. Although she’ll be far more famous to schlager fans for her efforts in 2009, when thanks to her song ‘Alla’, she became the poster girl for the reality of bringing the International jury vote to Melodifestivalen, and how misjudged and awkwardly out of sync with Sweden it really was that year.

Well now she’s come back with another stab at Eurovision success, this time through Greece, and this time with the actually quite good ‘Vacancy’, which we think is better than ‘Alla’ and ‘Hypnotized’ before it. It starts off with a dramatic, attention seeking (and getting!) string riff, goes into typical Eurovision fare for the verses, and then explodes into a high tempo, schlager pop chorus. Lyrically it’s a bit trying at times, but that’s usually part of the endearment with this type of thing anyway.

Crushingly for poor Sofia, ‘Vacancy’ didn’t actually make it as far as the Greek Eurovision pre-selections, as it was rejected by the broadcasters. However, it’s getting a single release regardless.