Melodifestivalen 2021: Your Guide To Heat 4!

So what happened in Heat 3 then? You can read about everything that went down in the third heat on Saturday night right here.
Did many people watch? Just under 3.2 million (excluding online). Which is a quarter of a million more than last week, and half a million more than Heat 3 in 2020. Charlotte Perrelli’s impact, surely.
Who’s gonna be hosting this week? Pernilla Wahlgren and Per Andersson will be taking the hosting reins for Heat three.
And who’s competing? This lot;

SONG ONE
Tess Merkel – ‘Good Life’
(Tony Malm, Tess Merkel, Palle Hammarlund, Mats Tärnfors)
An Alcastar?! We’re actually surprised it’s taken her this long. But now Tess ‘The Goddess of Success’ Merkel makes her solo debut in Melodifestivalen.
What’s the song about? A self-reflective number about looking at where you are in life, and taking a positive step forward into the ‘Good Life’.
And what’s it like? It’s been described as “a Studio 54-flavoured, glittering, luxury, dancefloor filler with Donna Summer vibes”.
Dead. Six feet under. Revive us in time for Saturday night please.
Written by? Palle has been behind pretty much every Dolly Style song you’ve ever heard, Mats penned ‘Out Of Air’ for the Solli-Tangen brothers in last year’s Norwegian Melodi Grand Prix, and Tony was partly responsible for Jon Henrik Fjällgren almost winning Melodifestivalen in 2015 (but we won’t hold that against him). 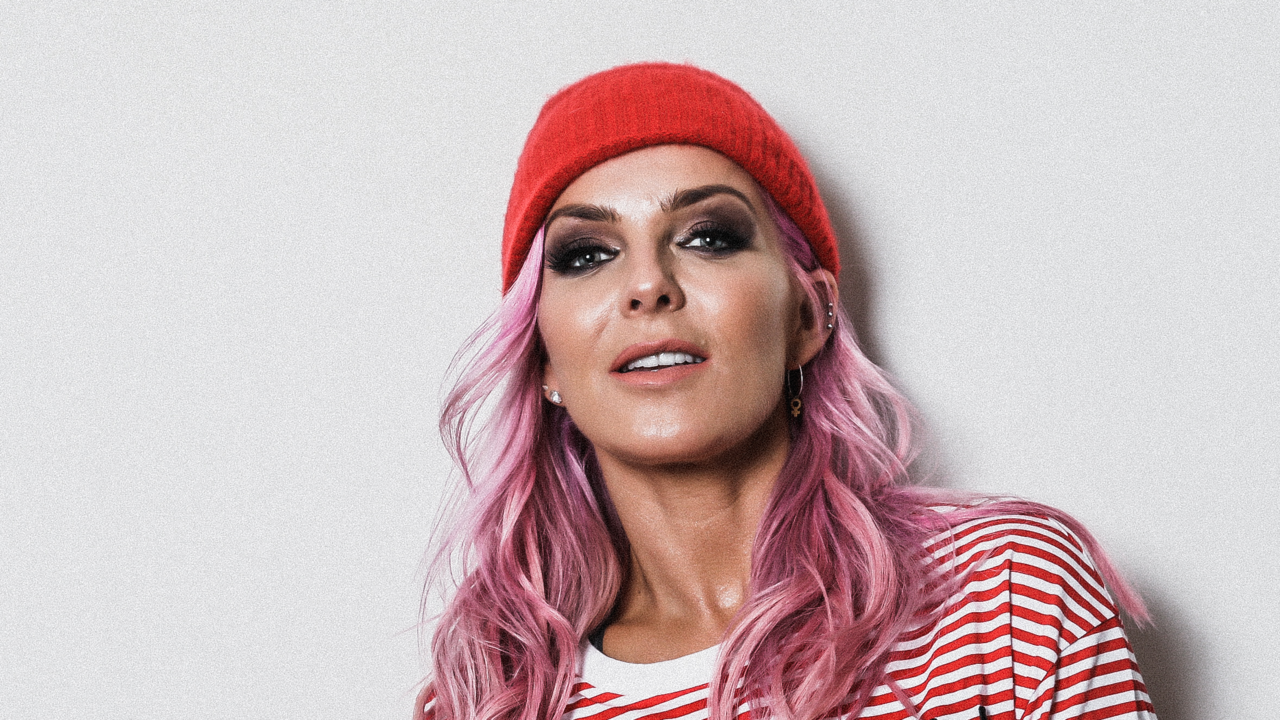 SONG TWO
Lovad – ‘Allting Är Precis Likadant’
(Mattias Andréasson, Alexander Nivek, Lova Drevstam, Albin Johnsén)
Who? Lovad recently enjoyed big streaming success on a duet with one of the writers on this song, Albin Johnsén, on their collab ‘Vi Gjorde Vårt Bästa’. Now, the indie-pop darling is taking the Melodifestivalen route to elevate her name that bit higher.
With what? A song that she says is so emotional to her, that she fears she may even end up shedding a few tears on stage. It’s about often needing to be broken before you can truly feel whole again. 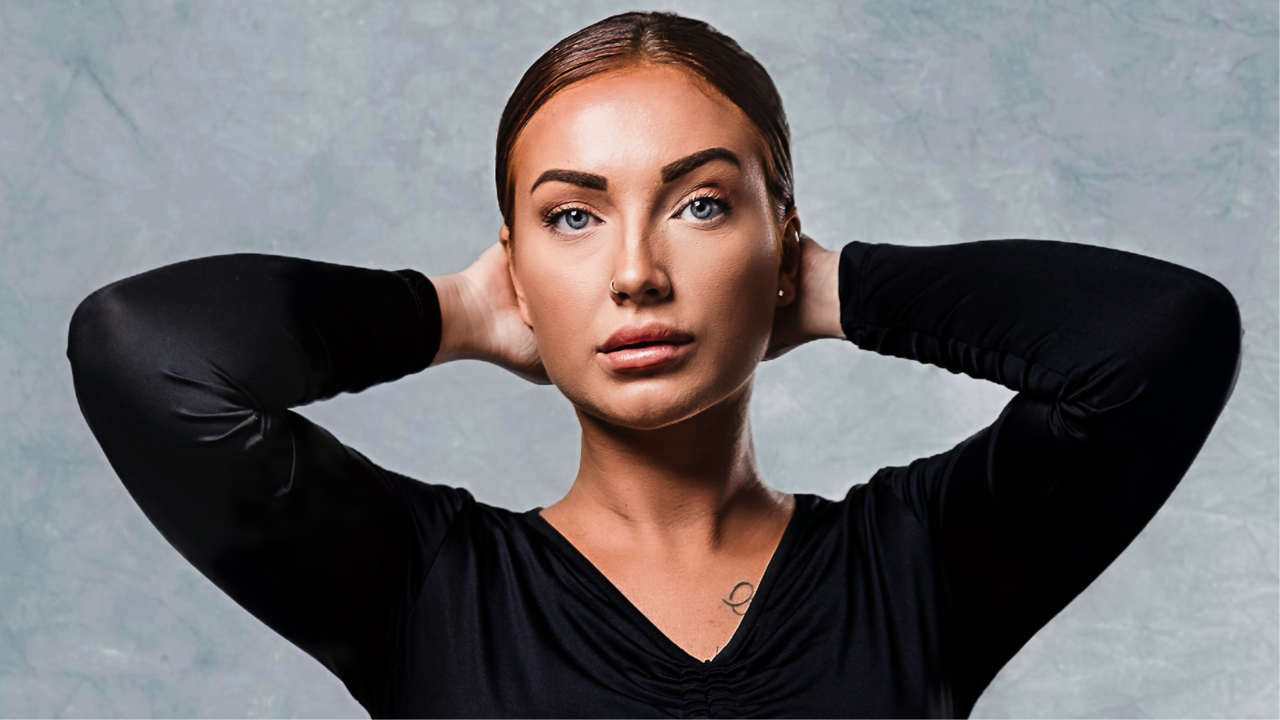 SONG THREE
Efraim Leo – ‘Best Of Me’
(Efraim Leo, Cornelia Jakobsdotter, Amanda Björkegren, Herman Gardarfve)
Who? He recently released his debut EP, ‘Timing’, featuring the absolute killer pop tune that is ‘When I Wanted You‘.
Jam. Can we expect more of the same from ‘Best Of Me’? Potentially. He promises an energy-filled song that it will be difficult to sit still to.
Will take that, thanks. There’s also some great pop calibre to be found in the songwriting team, too. One of the writers behind the Melodifestivalen 2020 winning song, Herman, plus former member of Love Generation and Stockholm Syndrome, Cornelia, and the always reliable popstar herself, Amanda (Alexander). 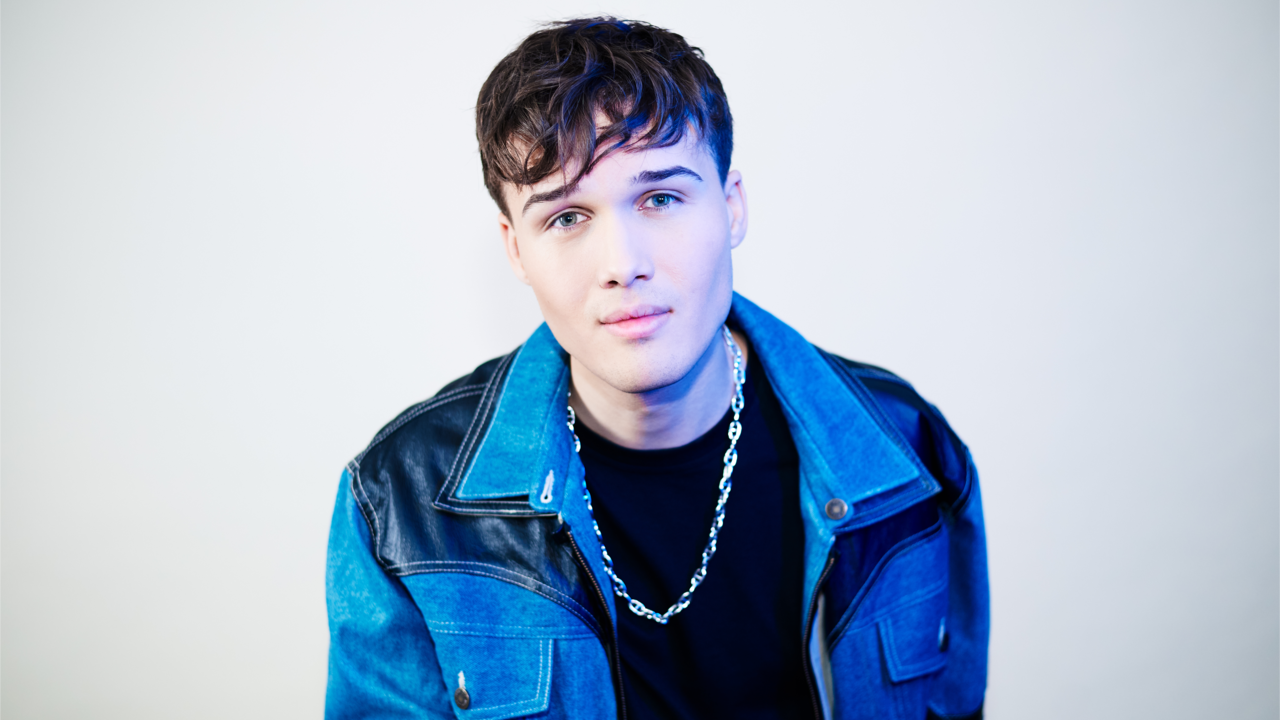 SONG FOUR
The Mamas – ‘In The Middle’
(Emily Falvey, Robin Stjernberg, Jimmy Jansson)
I’ve got something in my eye. Without a doubt, the most welcome name to see in the line-up this year. The Mamas have been offered a slot at Melodifestivalen 2021 after their 2020 winner, ‘Move’, didn’t get the Eurovision airing it was destined for. And they’ve accepted.
Could they go all the way and win it again? The songwriting team behind the song, combined with the tremendous amount of good will towards the group, combined with the vocal talents of the ladies themselves – all add up to ‘In The Middle’ being one of the odds favourites to take the prize.
‘In The Middle’. Is it about Ash? It’s a heartwarming love song dedicated to their fans who have supported them through what was a wild 2020. 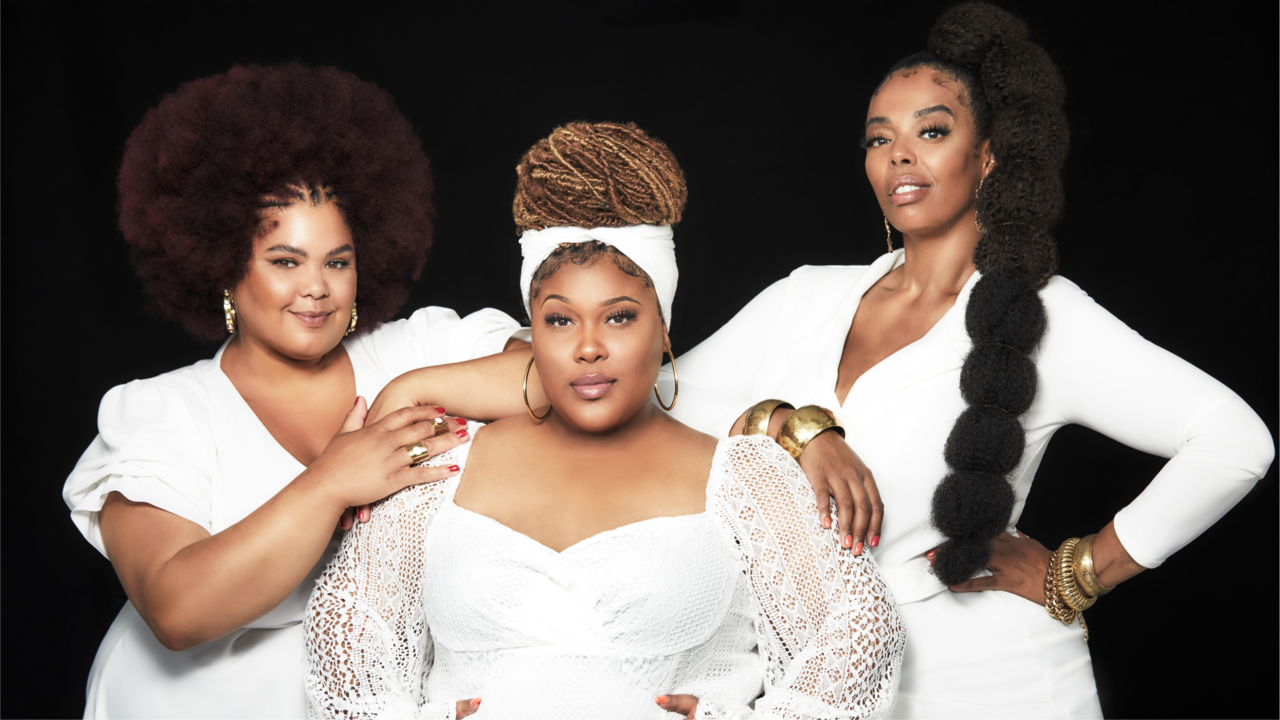 SONG FIVE
Sannex – ‘All Inclusive’
(Greta Svensson, Hans Thorstensson)
LOVE an all inclusive. We get the impression that the song title is about promoting inclusion within humanity in general. Though with this lot, who knows – it could well be about grabbing a hotel dining-room bargain.
And who are this lot? A dansband with a difference. A more modern dansband. Dansband 2.0.
And what’s the song like? Ironically, quite traditional. The writers have said that they’ve composed the absolute best kind of dansband-schlager.
Music to my ears. Hook it to my veins. 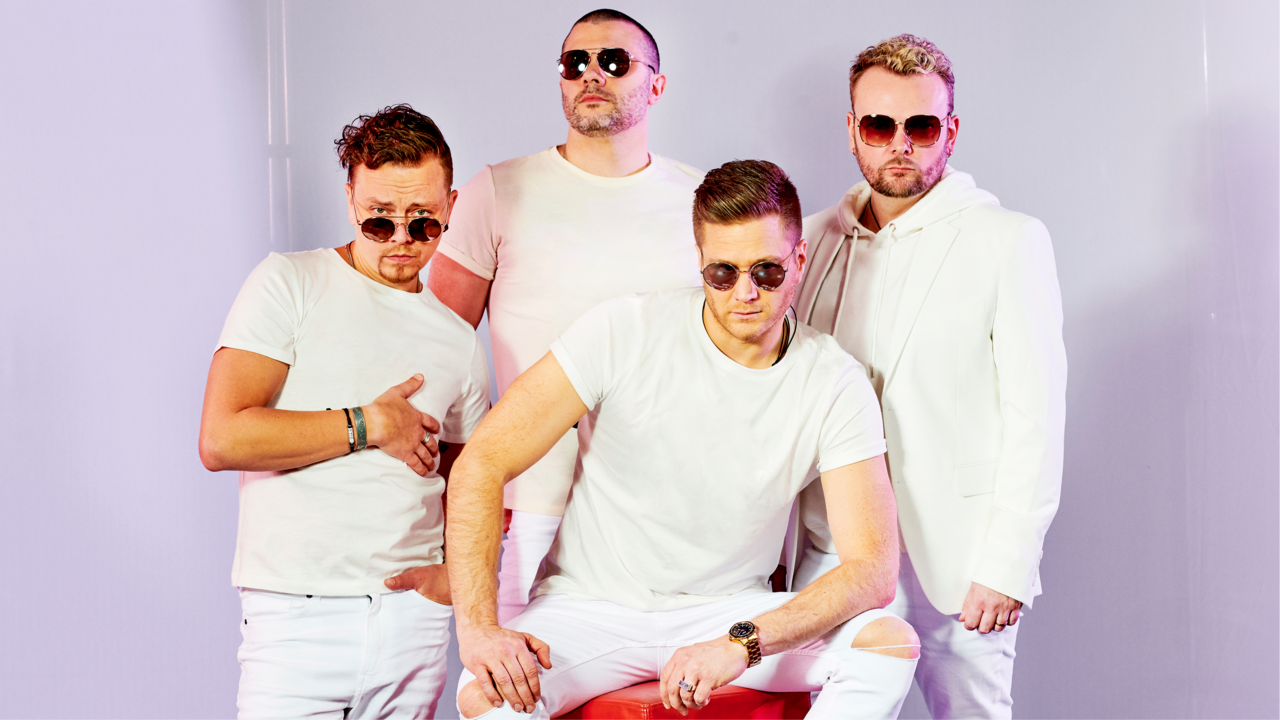 SONG SIX
Clara Klingenström – ‘Behöver Inte Dig Idag’
(Clara Klingenström, Bobby Ljunggren, David Lindgren Zacharias)
Who? An up-and-comer who has snagged one of the industry’s best as her manager. And now things are about to step up a level via Melodifestivalen 2021.
That’s quite the songwriting team. Melfest legend Bobby, plus the co-writer behind much of Darin’s recent output, David. Without a doubt this is going to be one to watch.
What’s the song like? Clara describes it as being about picking yourself up when you’ve hit rock bottom. She says that viewers can look forward to a very emotional number.
Past form? We quite enjoyed her most recent single, ‘Så Slut‘. 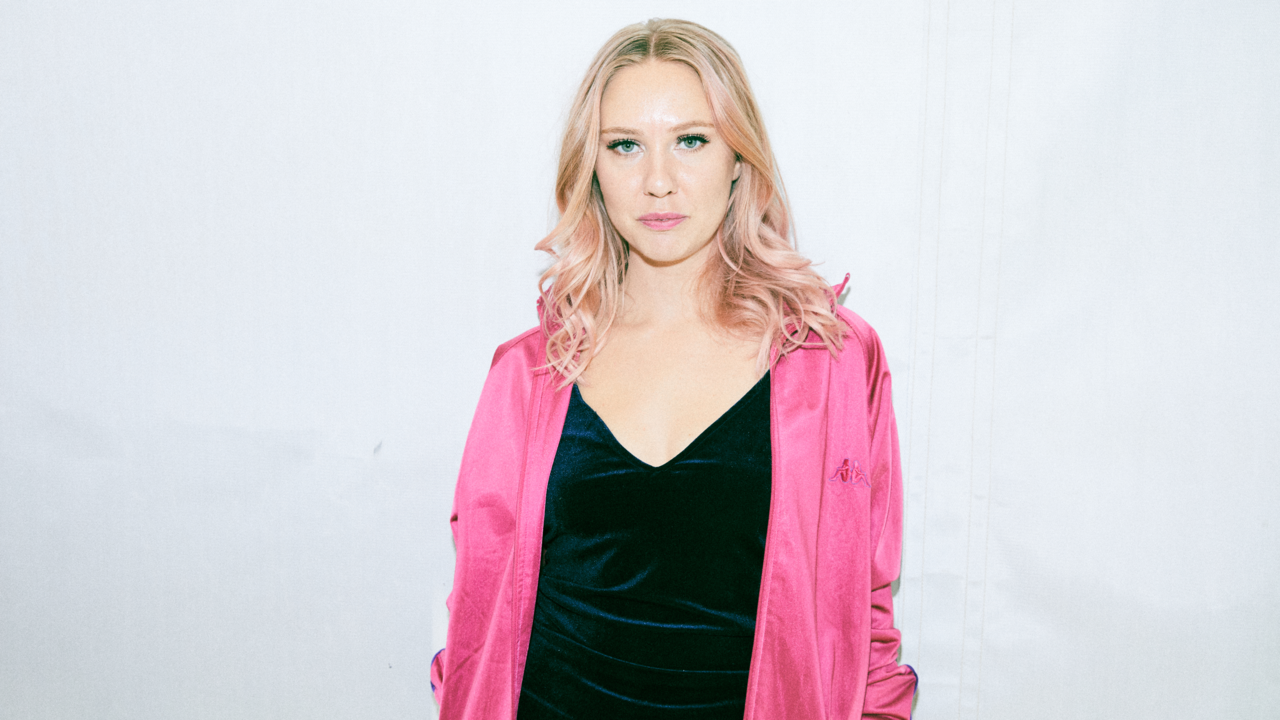 SONG SEVEN
Eric Saade – ‘Every Minute’
(Eric Saade, Joy Deb, Linnea Deb, Jimmy ‘Joker’ Thörnfeldt)
He’s singing in English again? He’s back to the contest that made him famous, and singing in the language that earned him hoards of fans across Europe.
Both of these things are a pleasant surprise. He’s also keen to stress that for Melodifestivalen, he’s returning to a more pop-orientated sound than what the style of his most recent output was in.
So what’s the song like? He’s called it a sexy and addictive tune – with a little bit of a dark side.
He could be describing himself there! Ok, you need to kindly make like the ‘Manboy’ performance and take a cold shower. 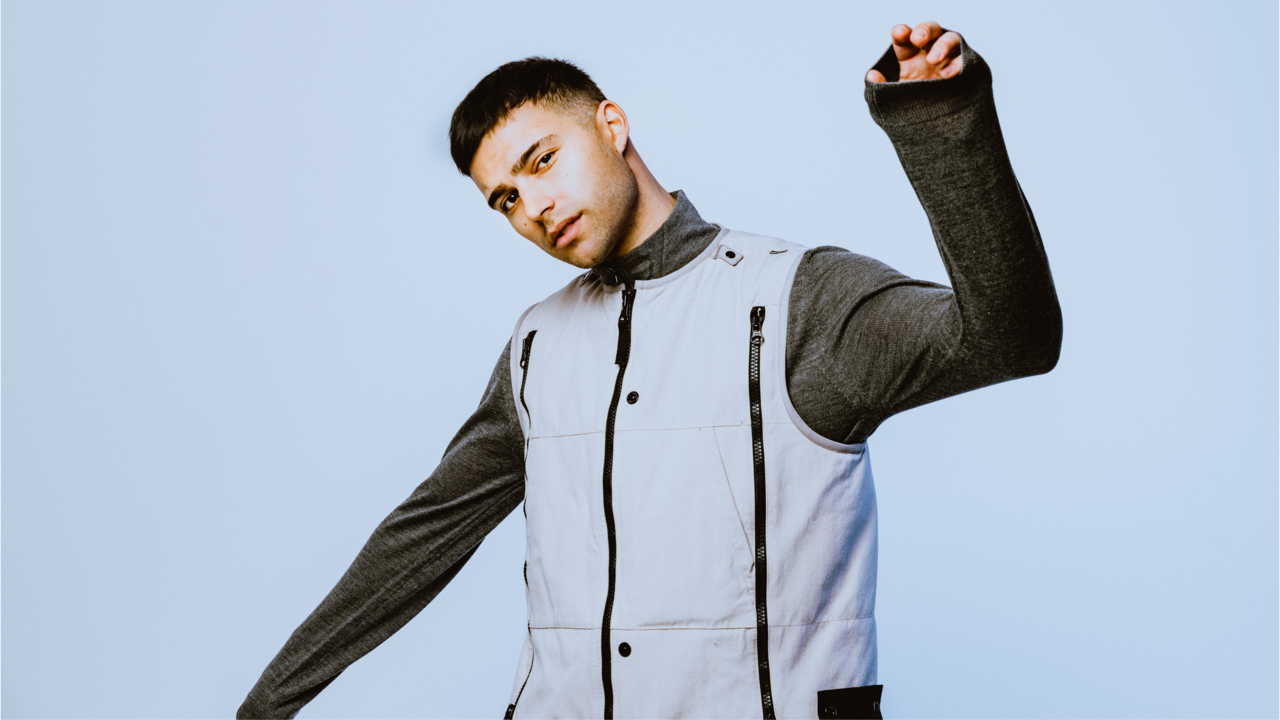 Melodifestivalen 2021: Your Guide To The Final!