Melodifestivalen 2021: Your Guide to Heat 2!

So what happened in Heat 1 then? You can read about everything that went down in the first heat on Saturday night right here.
Did many people watch? 3.2 million. Which is a 10% increase on last year’s first heat.
Who’s hosting this week? Oscar Zia and Anis Don Demina will be out hosts for week two.
And who’s competing? This lot;

SONG ONE
Anton Ewald – ‘New Religion’
(Jonas Wallin, Joe Killington, Anton Ewald, Maja Strömstedt)
Where on EARTH has he been all this time?! In the US. Working as a model and as a choreographer. However, in the last year or so he has started writing music again. And when he wrote this song, he couldn’t quite shake the feeling that it is the perfect song for Melodifestivalen. And so here he is!
What can we expect from him? “The viewers can expect a BIG show, lots of joy and a tonne of dancing! ‘New Religion’ is an up tempo song with a great groove and rhythm. I’m going to give it my ALL on stage and I really hope that the viewers are going to enjoy it!”
What did his most recent single sound like? Well that was actually way back in 2016. So we are officially calling this a long overdue comeback! 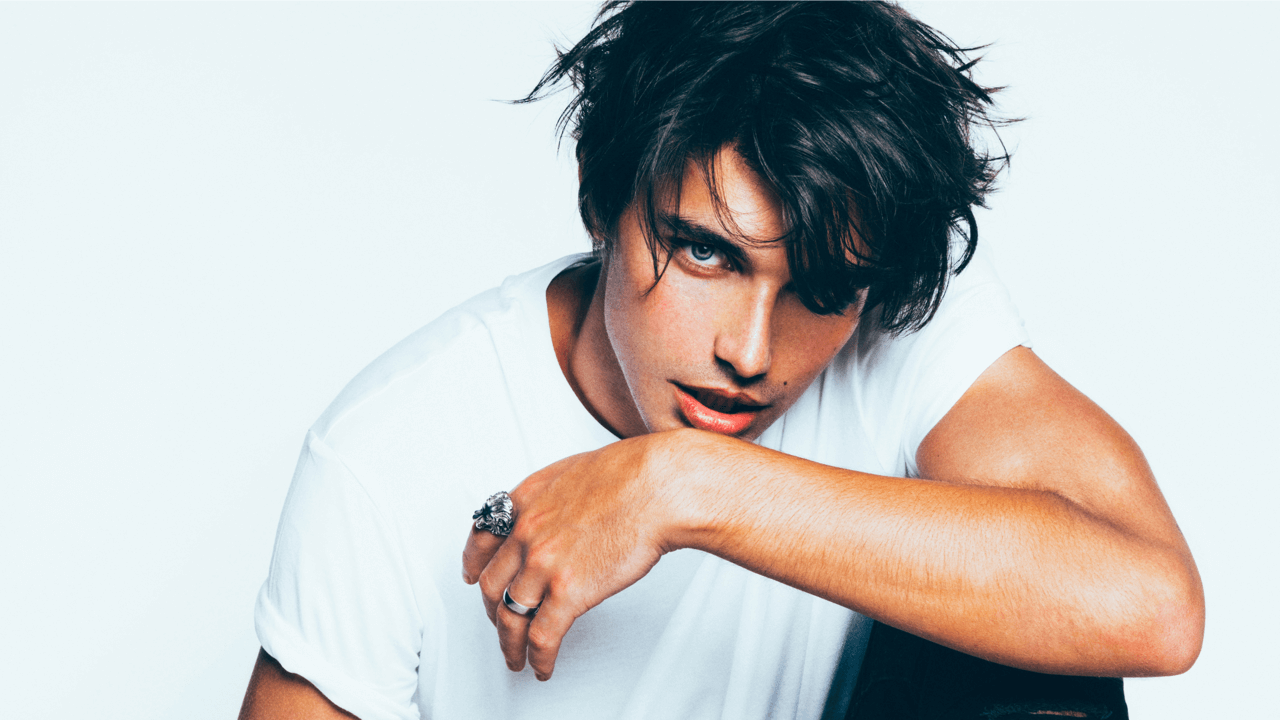 SONG TWO
Julia Alfrida – ‘Rich’
(Julia Alfrida, Jimmy Jansson, Melanie Wehbe)
Who? The first artist announced for Melodifestivalen 2021 at the end of last summer, when she earned a place in the line-up via the annual P4 Nästa contest, on Swedish radio.
Past form? It’s fair to say that her output thus far hasn’t quite been to our taste, but then it’s not really been tailored towards our tastes either, with her talent being for writing and producing her own more alternative style of multi-genre music. BUT, given that she’s teamed up with two songwriters that can be considered as modern-day Melodifestivalen royalty, it’s reasonable to assume that ‘Rich’, while not veering too far from her usual sound, will perhaps give it a more commercial edge.
What’s the song like? “With ‘Rich’ I want to encourage people to find their own self-worth and inner strength. I hope to spread a kind of we-feeling, optimism and warmth that I feel we need right now. ‘Rich’ is not about having money in your bank account or owning expensive stuff. It’s about the experiences and relationships that give your life value. To love yourself and to be loved by others.” 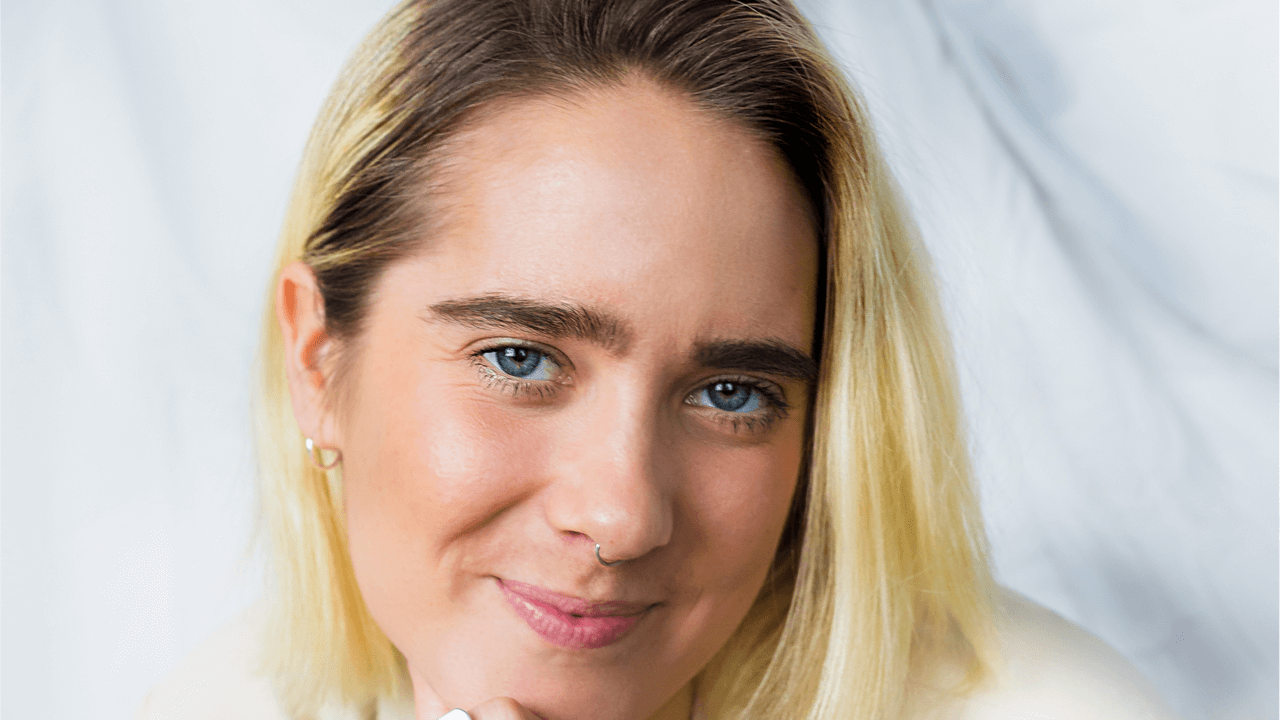 SONG THREE
WAHL feat. SAMI – ’90-talet
(Sami Rekik, Christopher Vahlberg, Josefin Glenmark, Jesper Welander, Andreas Larsson)
Who? Sami ‘SAMI’ Rekik was a member of the hip-hop duo Medina, and Christopher ‘WAHL’ Vahlberg is a member of another hip-hop duo – SödraSidan. They’re getting together now to deliver us a song about that glorious decade like no other – the nineties!
What’s the song like? They promise a colourful number with plenty of energy. Something for us to want to dance to. 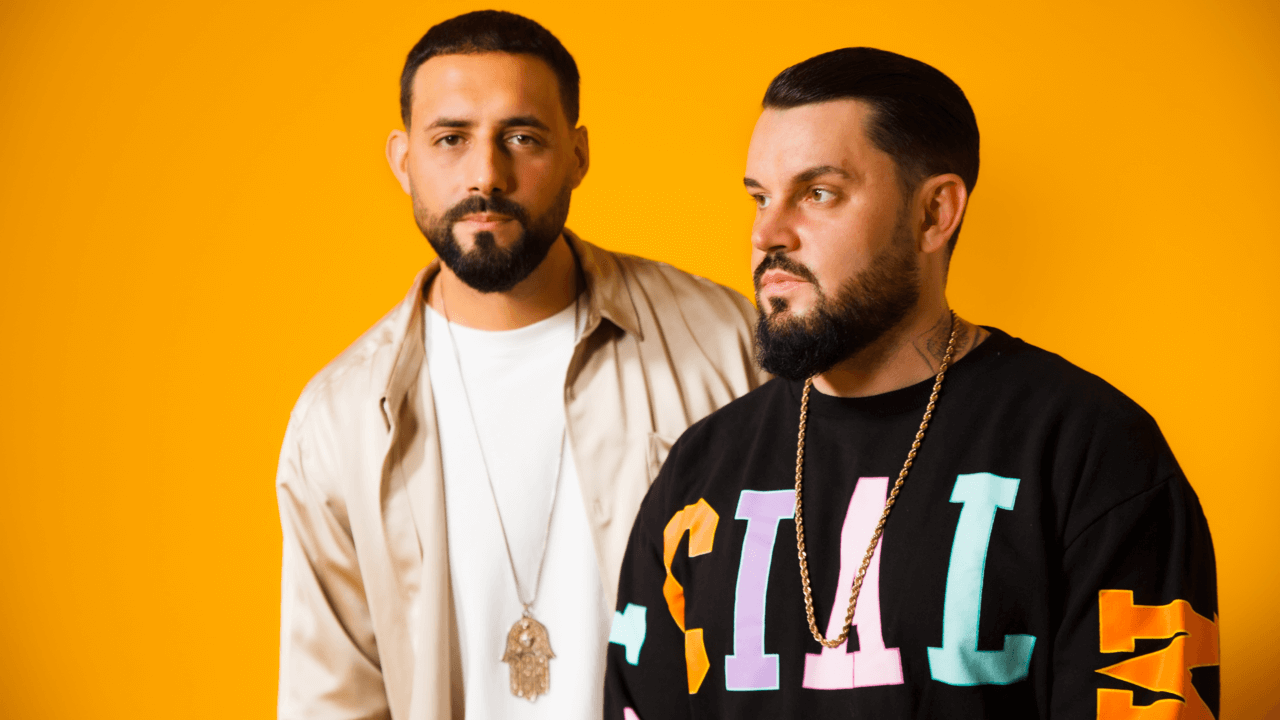 SONG FOUR
Frida Green – The Silence’
(Anna Bergendahl, Bobby Ljunggren, David Lindgren Zacharias, Joy Deb)
Who? She made the live shows of Sweden’s Got Talent in 2018, and popped up again in Swedish Idol 2020. Now she makes her debut in Melodifestivalen with ‘The Silence’.
What’s the song like? “The Silence’ is a light in the darkness, a glimpse of hope when everything seems dull and impossible. In times like these I think this is the song that we need. The viewers can expect a big song with a lot of key-changes, lights and pyro. I really hope that you’re gonna like it!”
And it’s got Anna Bergendahl as a songwriter! Actually, with that whole songwriting team, one could well logically conclude that Anna Bergendahl penned her third Melodifestivalen entry in as many years, before deciding that no, someone else should have a go – and she thus handed it over. Country-pop-banger here we (Kingdom) Come!
Has our Fri’ got any past form herself? Last year she released this cute little ode to everyone’s favourite activist for the planet – ‘What Would Greta Do?‘. 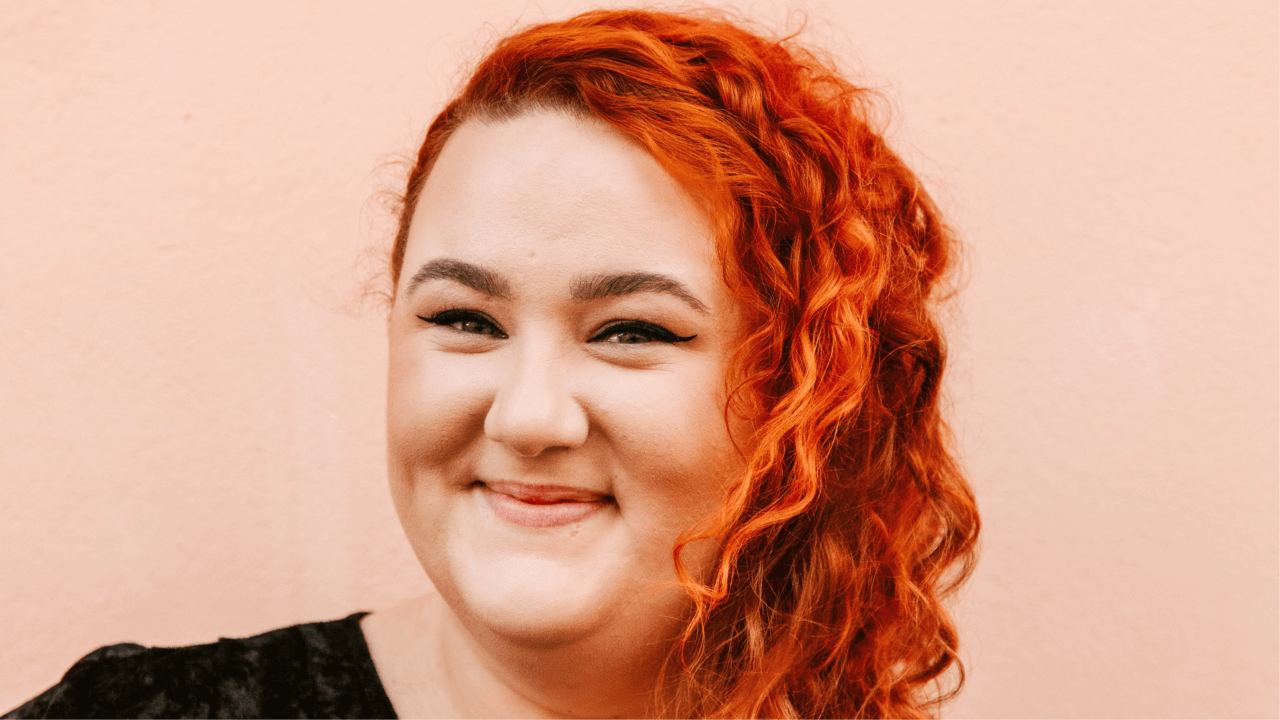 SONG FIVE
Eva Rydberg & Ewa Roos – ‘Rena Rama Ding Dong’
(Göran Sparrdahl, Kalle Rydberg, Ari Lehtonen)
I’m sorry, did you just say Ding Dong? Ja Ja!
Things are looking up. And even more so when you look at the songwriters on board. Göran, who was behind Arja Saijonmaa’s most recent Melodifestivalen entry – the iconic ‘Mina Fyra Årstider’ in 2019. And Ari Lehtonen, who has been behind a whole host of cheesy Eurodance in the ’90s and ’00s, and who was most recently involved in the criminally short-lived A*Base.
And the ladies themselves? Life-long friends Eva and Ewa – the former of whom is most famous as a comedian/entertainer, and the latter of which is a singer/actress/entertainer.
And the song? “A completely crazy, joy-spreading schlager song, that will make everyone get up from their sofas” 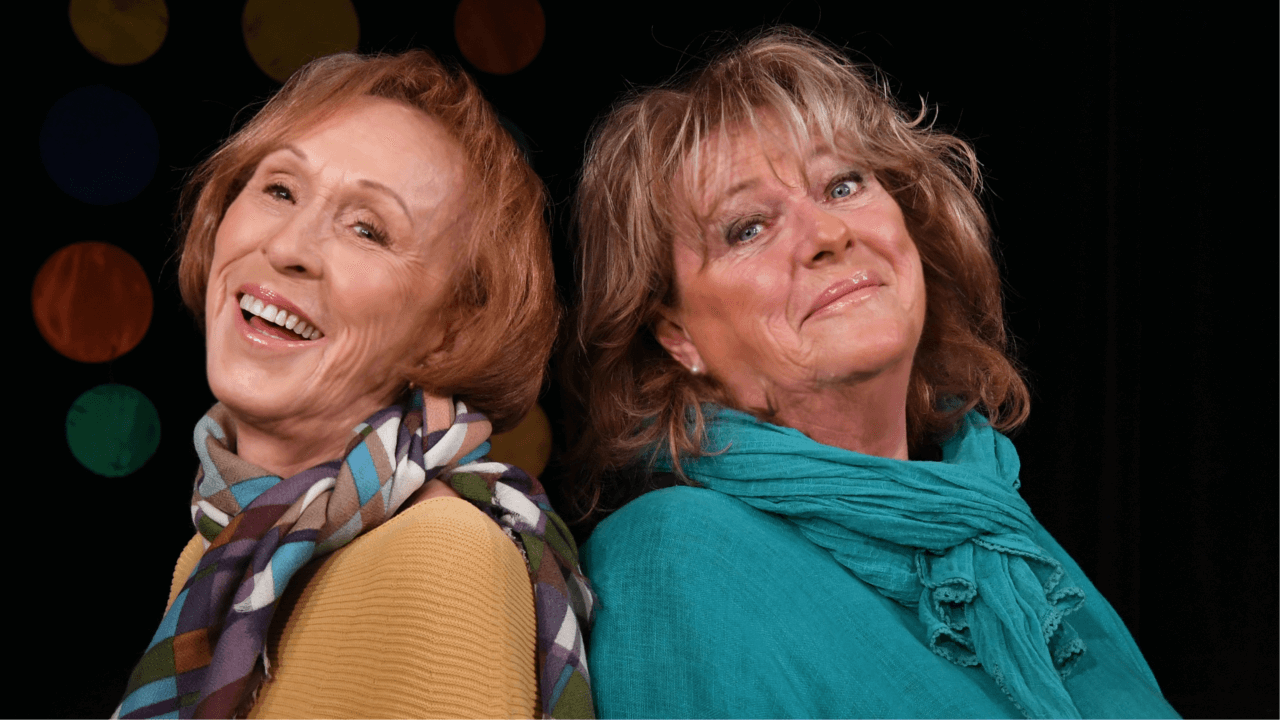 SONG SIX
Patrik Jean – ‘Tears Run Dry’
(Herman Gardarfve, Patrik Jean, Melanie Wehbe)
As a Mello stan, I recognise that name. The songwriting trio behind ‘Move’ by The Mamas have united once more – and for one of their own! Patrik will now be singing his own song at Melodifestivalen 2021, thank you very much.
What’s Patrik’s music like? Well he recently released his second EP, ‘Consequence‘, which we heartily recommend. At the 2021 Scandipop Awards, Patrik Jean was nominated as Best Male Artist, Best EP (for ‘Consequence’) and Best R&B-pop (for his song ’24’).
And what’s ‘Tears Run Dry’ gonna be like? Well according to the man himself, it’s very true to him. The kind of song you don’t know whether to cry to or dance to. We detect an impending sad-banger, and we are so very here for it.
And the performance? ”I will try to create my own little universe on stage that is intimate yet inclusive. The idea is to challenge norms and expectations while giving the best introduction of who I am.” 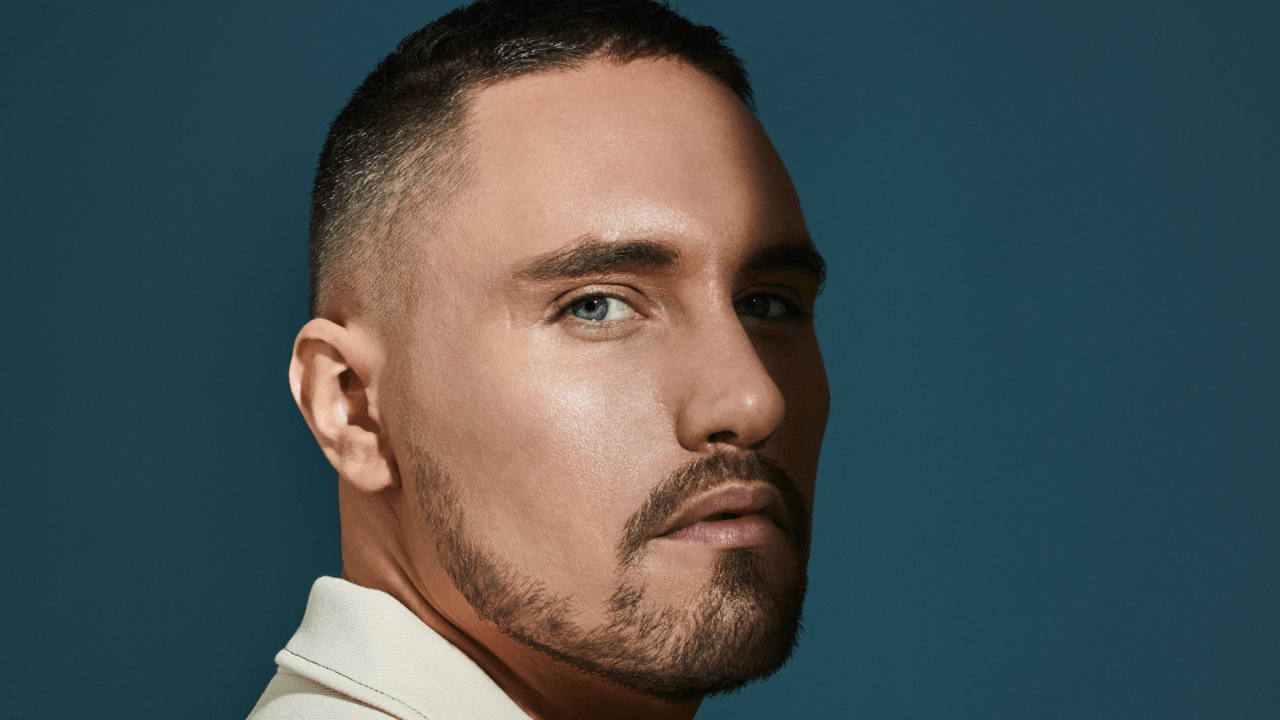 SONG SEVEN
Dotter – ‘Little Tot’
(Johanna ‘Dotter’ Jansson, Dino Medanhodzic)
Little what?! Little Tot. Apparently that was her nickname when she was younger.
How does one improve on the majesty of ‘Bulletproof’, however? Well, two points should safely do it, given how she finished runner-up in Melodifestivalen 2020 by only one point.
A welcome return, in any case. And a much fancied one, too – she’s already one of the big favourites to win the whole thing, with bookies. And she’s the one that a lot of Melodifestivaen and Eurovision fans are hanging their hopes on.
What’s ‘Little Tot’ all about? “The song is quite intense. It’s an uptempo modern lullaby. It has a big chorus that is about advising the young ones not to be making the same mistakes as we have done when they grow up. The performance is going to be very dynamic. From small to big and from dark to bright.” 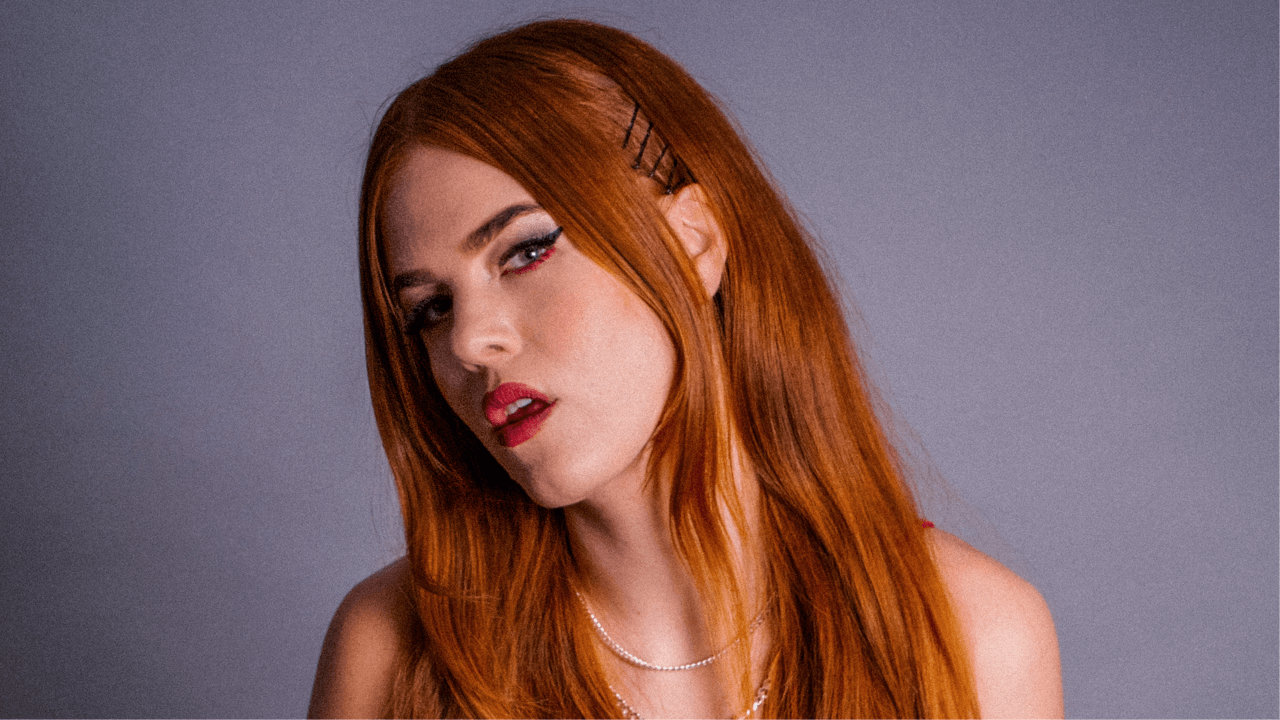 Saara Aalto: The 10 steps in 10 years that got her to Eurovision!