Melodifestivalen 2021: Your Guide To Heat 1!

So it’s definitely happening? Inget stoppar Mello. Not only do they have a back-up plan in case their original plans fall through because of COVID restrictions, they also have a back-up plan in case that back-up plan gets disrupted. Melodifestivalen 2021 will be going ahead – no matter what.
And what’s different this year? Well, instead of it being a tour around Sweden, the whole thing is happening in Stockholm every week. It’s taking place in a smaller-scale arena – with no live audience. But the stage is still huge! And with no audience to consider, the whole thing will be captured in a slightly different manner – something which will look even better to TV viewers.
Who’s hosting? It’ll be different hosts every week. In Heat 1, it will be Lena Philipsson. She’ll be joined by long-time series producer Christer Björkman. It’s his last year in charge, and he wants to go out with a bang – so the contest is kinda gonna be a big one this year. And he’ll be popping up each week to accompany the hosts.
When is it and where can I watch? It’s this Saturday evening, at 20.00 CET. And wherever you are in the world, you can watch via svtplay.se.
When can I hear the songs? In full, not until Saturday night when they are performed live. But on Thursday afternoon, SVT will be releasing one-minute clips of each of the songs. And also on Thursday each week, they’ll be releasing 30-second video clips of that day’s rehearsals. If you’re not already following us on Twitter and Facebook (@scandipop), get following – it’s on there that we’ll be sending out updates on any news, pictures, video clips or audio clips. We got you covered.
And who’s competing in Heat 1? We thought you’d never ask! Below, you can see who is performing, in what order, who wrote their songs, and what they can already reveal about those very songs.
Oh and one last thing – what actually is Melodifestivalen? Oh. It’s Sweden’s biggest music and TV event of the year, every year. 28 artists compete over six weeks, and at the very end, one song wins. That song then goes on to represent Sweden at the Eurovision Song Contest. But Melodifestivalen is actually an even bigger deal in Sweden than Eurovision is. So it’s kind of a bonus prize, really. Bordering on being an afterthought. The artists are mostly here because it’s the single biggest platform they have every year to showcase their new music. And below are the first seven out of the blocks, from the lucky 28 chosen to compete. Only two will progress to the final, with another two progressing to a ‘second chance’ round that takes place the week before the final.

SONG ONE
Kadiatou – ‘One Touch’
(Joy Deb, Linnea Deb, Jimmy ‘Joker’ Thörnfeldt, Anderz Wrethov)
Who? Runner-up in Swedish Idol in 2018. We recently raved about her on these very pages thanks to her gorgeous ballad ‘Best I’ve Had‘.
What’s her Melodifestivalen song like? She describes it as a dance number that’s very positive, and something that’s undeniably happy. A song and performance which is going to get the whole family in the mood for dancing.
And OMG at them songwriters! Right?! That’s Melodifestivalen-winning calibre, right there – and a few times over, at that. Kadiatou has actually already released a song with the first three names in that list – the festive schlager banger ‘Christmas Night With You‘. 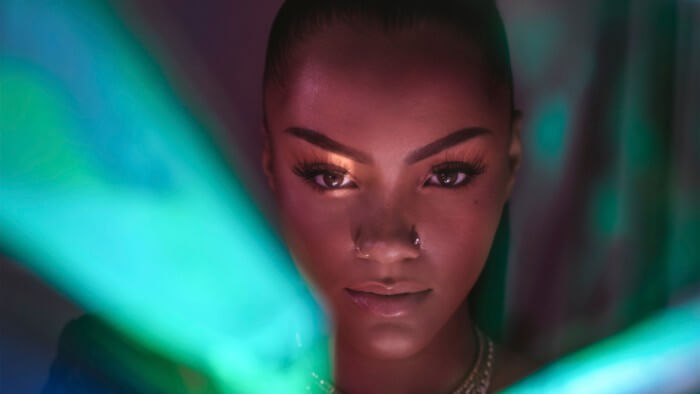 SONG TWO
Lillasyster – ‘Pretender’
(Isak Hallén, Jakob Redtzer, Martin Westerstrand, Ian Paolo Lira, Palle Hammarlund)
Rock? But not just any rock. Rock co-penned by the man behind all of Dolly Style’s hits!!!
Erm…that sounds, amazing? Though the band themselves are quick to put us back on track. This is hard rock, REAL hard rock, they insist.
Oh. Well, you know that old saying. At a Eurovision national final, the difference between a rock song and a schlager song is about five drinks, despite any initial protestations to the contrary. 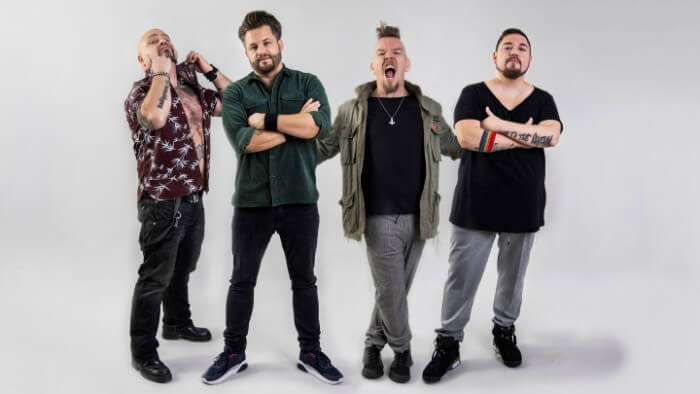 SONG THREE
Jessica Andersson – ‘Horizon’
(David Kreuger, Fredrik Kempe, Marcus Lidén, Christian Holmström)
Well this Saturday is my day. Who knew?! Jessica Andersson is back at Melodifestivalen, and she’s brought with her two of the songwriters who contributed to her ‘Party Voice’.
So what’s on the ‘Horizon’ for 2021? “The song is about finding the light in life and getting there no matter any past difficulties. To set yourself free to be able to aim high while still having both feet on the ground.”
What’s the song gonna sound like? She describes it as a grand number that’s full of hope and positivity, which is going to be challenging, vocally. She also reveals that she considered a lot of different songs, but it was ‘Horizon’ that she fell in love with, and had to have. And finally, she confirms that yes – it’s an up-tempo! 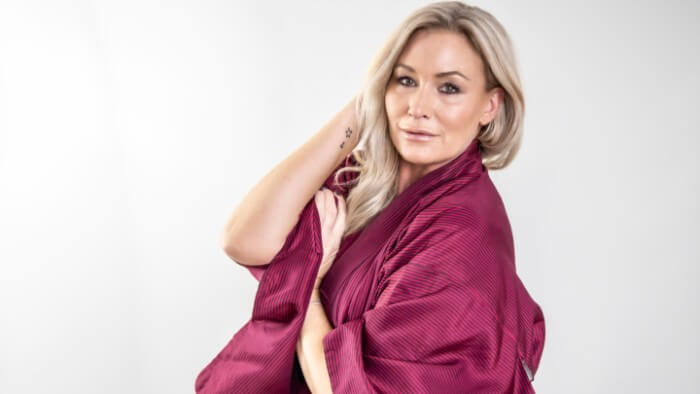 SONG FOUR
Paul Rey – ‘The Missing Piece’
(Fredrik Sonefors, Laurell Barker, Paul Rey)
Back for more? After scoring one of the biggest streaming hits from the 2020 contest with ‘Talking In Your Sleep’, Paul Rey is indeed back for another bite of the songbird-shaped apple.
What’s he back with? A whole new perspective on life – at the end of last year he became a Daddy!
What can we expect from the song? Paul likens it to a journey, and says: “The song is an intimate and dynamic song that’s really personal to me, and the staging is very clean, minimalistic and connected to the song.” 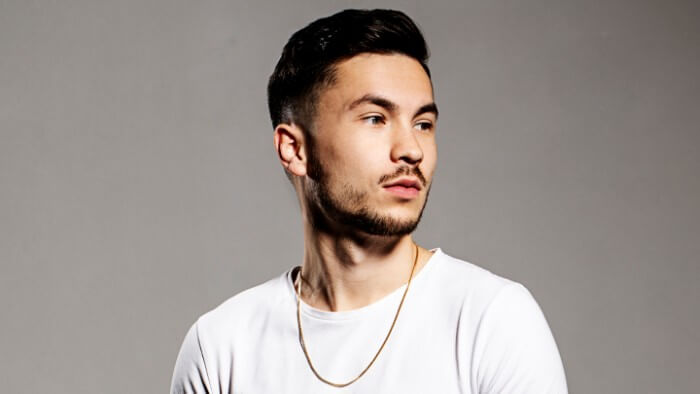 SONG FIVE
Arvingarna – ‘Tänker Inte Alls Gå Hem’
(Stefan Brunzell, Nanne Grönvall, Thomas G:son, Bobby Ljunggren)
Dansband royalty! We bow before thee.
How nice to see them back. And how just, too. After a very successful comeback in 2019, which saw them reach (and close) the final with ‘I Do’, the four gents are back to have another stab at things.
Please don’t be a ballad. Please don’t be a ballad. Please don’t be a ballad. On the contrary, Arvingarna have promised a song that will stir up plenty of movement in your body (mercy me!), and bestow joy upon the whole of Sweden, just when they need it the most. “Our song is pure party! We want so spread great energy and happiness on stage with this song.”
And they aren’t the only exciting names in this song, I see. Arvingarna are bringing with them to the contest three names that need no introduction – Nanne Grönvall, Thomas G:son, Bobby Ljunggren – plus Stefan Brunzell, who co-wrote ‘Listen To Your Heartbeat’ for Friends to win Melodifestivalen with in 2001. 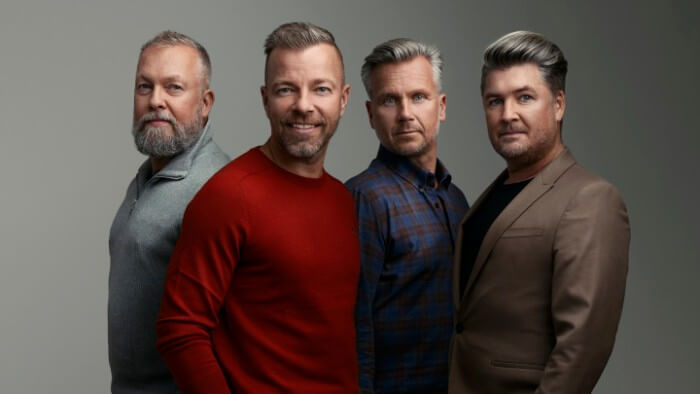 SONG SIX
Nathalie Brydolf – ‘Fingerprints’
(Andreas Stone Johansson, Etta Zelmani, Laurell Barker, Anna-Klara Folin)
Who? Another Idol graduate. This time from Idol 2018. Nathalie then took the unusual next step of appearing on The Bachelor in 2019. But it’s back to music now.
What does she say about the song? “’Fingerprints’ is a beautiful song that I hope hits the hearts of the audience. It’s strong but vulnerable. Soft but powerful. There will be very few dance moves but a lot of emotion. The song deserves the attention without too much distraction around it.”
Any past form? None – this will be her debut single. Performance-wise, though, you can watch her command the stage in a duet with Benjamin Ingrosso – on her Idol performance of Maroon 5’s ‘Sugar’. 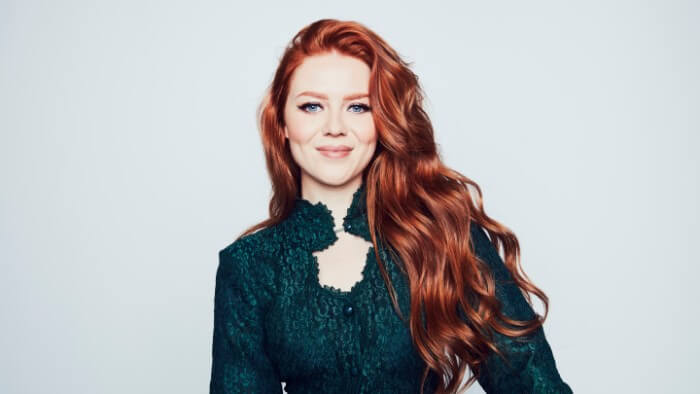 SONG SEVEN
Danny Saucedo – ‘Dandi Dansa’
(Danny Saucedo, Karl-Johan Råsmark)
This is – a surprise, actually? Quite. But in recent months Danny has been very vocal in the press about his frustrations over his gigs and shows being cancelled – due to the ongoing pandemic. He says that he’s here for the ability to channel his creativity into something. To put on a show for Sweden.
And to win, of course? Actually, he’s also said that he’s not particularly here to win, either. He wants to show Sweden who he is as an artist right now – that’s his main priority this time around. Though winning would be nice, too. And he’s currently joint-favourite to do so, with bookmakers. He’ll be performing the song in Swedish. He was originally asked to host one of the heats, and initially said yes. But then decided to go one further – and he asked if he could compete instead.
What does he say about the song? “It is a bit funky and soulful, but at the same time quite typical of me. I have adapted the number so that it’s like a music video that moves around me while I drift around the room. The last year has sucked, so I felt like I wanted a happy, positive, energetic song. Not just silly, I actually want to say something. ‘Dandi Dansa’, the title, is just a pun, a stupid rhyme. We say these kinds of things all the time, the same old tired expressions. And the song is a reflection on that point, and also on the society we live in right now.”
If he could describe the song in three words? Funky. Positive. Catchy af! 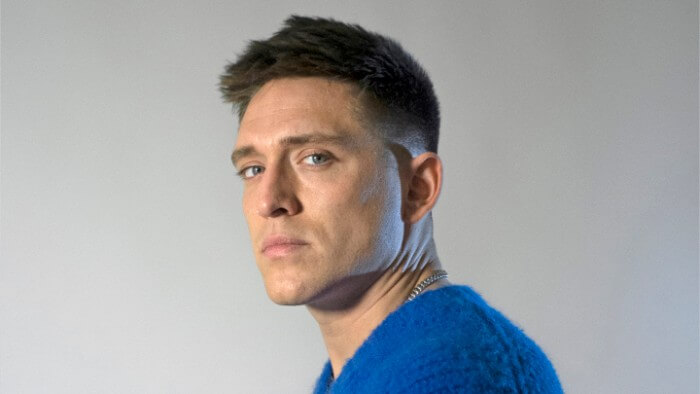 Eurovision 2018: The 12 Icelandic songs ranked from best to worst…