Annie‘s second album is FINALLY being released for sale to anyone who wishes to grease her palms with silver! After the tiresome and frustrating relationship with Island Records promised much but delivered nothing, they’ve parted ways. And so a brand new version of ‘Don’t Stop’ is going to be made available via a Norwegien record label, Smalltown Supersound. Due to the amount of time spent between releases, the repertoire for ‘Don’t Stop’ has built up considerably – meaning that there are many songs that fans have heard through the leaking of earlier incarnations of ‘Don’t Stop’, which won’t make the final cut. These even include her three most recent singles/buzz tracks; ‘I Know Ur Girlfriend Hates Me’, ‘Anthonio’, and ‘2 Of Hearts’. Instead we get a heavily condensed version of the album, with a few new tracks to keep the Anniemaniacs happy.

It’s out on November 17th (is this far away release date really wise, given the habit that Annie’s music has of leaking to all and sundry well ahead of release?!!!), and look, she’s got a new image and logo!!! Bright colours and lights! 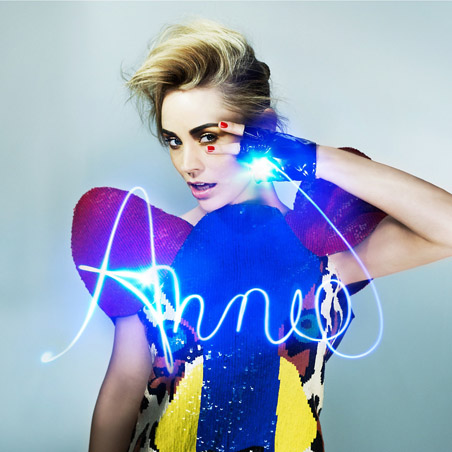 Tags: Annie, Don't Stop, Songs Remind Me of You

Ralph Myerz feat. Annie: ‘Take A Look At The World’